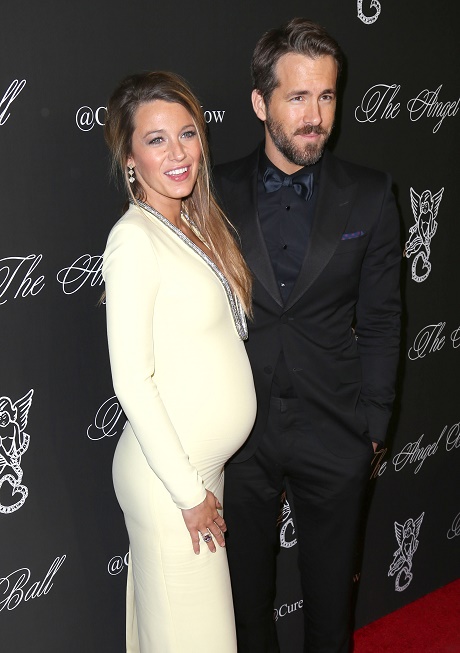 Blake Lively and Ryan Reynolds were married almost two years ago. They are the picture perfect couple and Blake just debuted her picture perfect baby bump, which will be their first child together. However, everything is not what it seems – and sources are reporting there is some major drama going on behind closed doors at the Reynolds-Lively house. What, or whom, is at the center of the brewing storm? Ryan Reynolds’ mother, Tammy, who ironically is also the bane of Blake’s existence.

According to the November 17th edition of OK! Magazine, “Blake’s been married to Ryan Reynolds for more than two years and is expecting the couple’s first child, but Ryan’s mom, Tammy, is turning her dream life in to a nightmare.” One of the magazine’s inside sources explains, “Tammy is a very outspoken and opinionated woman, and unfortunately her opinion is that Ryan should be having a baby with someone who doesn’t have a career. She’s never really seen Blake as mommy material.”

OK! also reveals that Blake is so stressed out by her monster-in-law, that she is planning on packing her stuff up, taking her baby bump with her, and moving back to Los Angeles. Ryan needs to reign his mother-in-law in before her loses both Blake and the baby. Break-up rumors and whispers of a divorce are already making their rounds on the internet.

So do you think that Blake and Ryan’s mom Tammy will work out their differences, or is Blake packing up and moving back to LA and leaving her hubby Ryan? Do you think the divorce rumors could be true? Let us know what you think in the comments below!