The Bold and the Beautiful Spoilers: Will Eric Choose Rick or Ridge as President of Forrester Creations – What About Brooke? 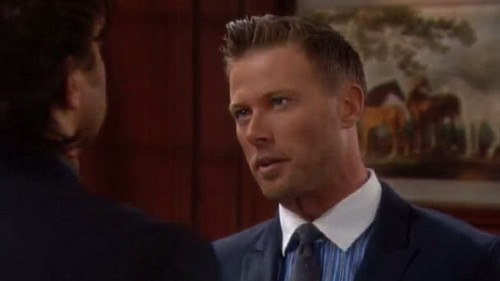 The problem with owning and operating a family business is the business will not succeed if the family can’t get along. Forrester Creations will be undergoing some serious changes this month on The Bold and the Beautiful. It seems like some months Eric can’t bribe his children and grand-children to come to work, and other months he has to fight them off with a baseball bat as they all gnaw at his ankles for the CEO position. April of 2014 will be one of those months.

Today in a shocking turn of events, Ridge finally got out of bed with Katie (they’ve been hooking-up for what, two weeks straight now?), and he was feeling extra feisty. So, he decided to call a surprise meeting at Forrester Creations and remind everyone that he is still a key player. The first order of business was Oliver, who Ridge decided to promptly fire. According to Ridge, he didn’t like Oliver’s work on the Hope For The Future line, but one could argue it was due to Ridge’s jealous streak and Oliver and Brooke’s history. Naturally Brooke, Caroline, Hope, and Rick all remind Ridge that he is no longer CEO of Forrester Creations, and can’t just walk in and start firing their employees.

Ridge announces he has every intention of taking back his position as the CEO of the company from Rick. Brooke turns to Eric Forrester and asks him to make a decision. Ridge passed off his CEO position nearly two years ago, Rick has ran the company without incident since then. It seems hardly fair that Ridge can just take it all back now. Brooke asks Eric, “Who’s it going to be? Ridge or our son?”

When CBS released the Bold and the Beautiful spoilers for the week of March 31st-April 4th, the network teased that “Katie would be stunned by Ridge and Brooke’s new positions at work.” Is there any possibility that Eric could have made Brooke and Ridge co-CEO’s?

So B&B fans, who do you think Eric Forrester will choose to take on the role of Forrester Creations CEO? Should he give it back to Ridge (who technically isn’t even a Forrester) or his own son Rick who has been running the company for the past two years? Share your thought and theories in the comment section below, and don’t forget to check CDL tomorrow for more The Bold and the Beautiful spoilers.