The Bold and the Beautiful Spoilers March 10-14: Brooke Schemes To Steal Ridge Back and A Dark Secret About Wyatt Fuller Is Revealed 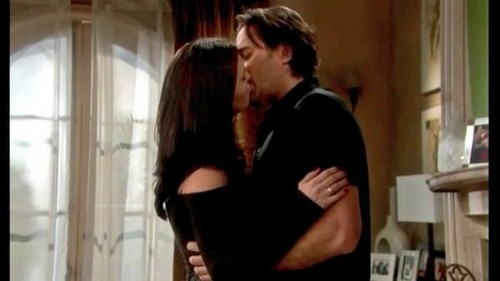 This week on The Bold and the Beautiful, Katie let the cat at out of the bag about her and Ridge to her sister Brooke. So for the week March 10th-14th, we can expect all sorts of craziness to unravel on B&B following Katie’s major confession. And, speaking of crazy, next week Aly Forrester will be on a mission to prove Wyatt is the weasel she thinks he is. Here are your Bold and the Beautiful spoilers for March 10th-14th.

Brooke doesn’t take the news of Katie and Ridge’s new found love for each other well. Next week on Bold and the Beautiful Brooke lashes out at Katie, and accuses her of trying to steal Ridge to get back at her for stealing Bill. Even if that is the case, is Katie really in the wrong? When Brooke realizes Ridge and Katie are serious about pursuing a relationship, the old Brooke Logan we all love to hate emerges, and she begins devising a plan to steal Ridge back from her sister.

According to Bold and the Beautiful spoilers, Wyatt will spend next week pitching a jewelry line that will honor the late, great Stephanie Forrester. While Wyatt is making plans to honor Stephanie, Liam will make a move and reach out to Hope.

Recently Aly Forrester began acting crazy and lashing out against Wyatt Fuller, Hope’s boyfriend. She even slapped him and tried to fire him, even though she has no authority to do so. It turns out Aly may not have been as crazy as we all thought she was, she may actually be on to something, Wyatt Fuller is no good. This week on The Bold and the Beautiful Aly will trick Pam’s boyfriend Charlie Webber into telling her the truth about what happened at the jewelry heist. When Hope and Wyatt first began dating, Wyatt tried to impress Hope by staging a jewelry heist, and he ended up actually disarming real jewelry thieves. Apparently, there was a lot more to the jewelry heist than Wyatt let on, and Charlie slips up and fills in the blanks to Aly. Once Aly has the information she wanted from Charlie, she confronts Wyatt’s Mom Quinn on a bridge, and things get physical, possibly even deadly.

So, B&B fans what do you think really happened at the jewelry heist, is Wyatt a con artist after all? Share your thoughts and theories in the comment section below, and don’t forget to check CDL throughout the week for more Bold and the Beautiful spoilers.