Bold and the Beautiful Spoilers – Will Brooke Forgive Katie For Stealing Ridge? (VIDEO) 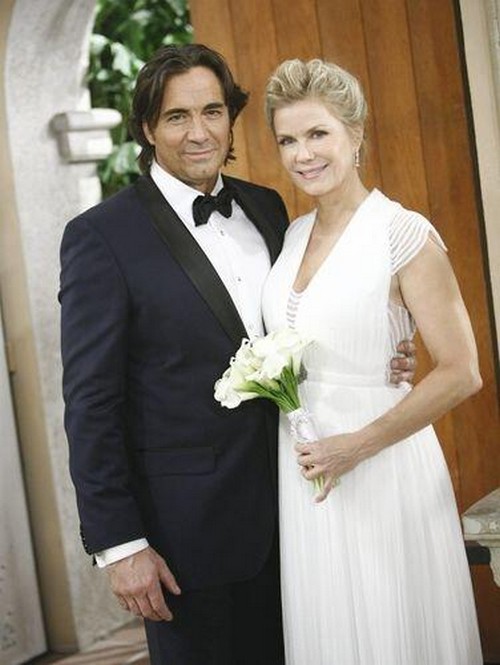 Spoilers for The Bold and the Beautiful ahead, so avert your eyes if you’re not caught up on the show. If you have caught up on the show, let’s recap what’s happened so no one’s confused about anything. As we know, Brooke was set to marry Ridge, but Brooke’s sister Katie pretend-fainted to stop the ceremony from going through. And you know, since shitty sisters and betrayals are common on the Bold and the Beautiful, nobody blinked an eye.

Then, while at the hospital, Brooke’s daughter Hope realized that Katie has feelings for Ridge. She decided to arrange for Brooke to come with her to Paris to allow Katie and Ridge time to figure things out, inadvertently betraying her own mother in the process. Seriously, what kind of daughter chooses to help her aunt with her love life as opposed to her own mother?

So now, while Brooke’s been in Paris, Katie and Ridge realized that they had feelings for each other and were in love. However, Katie realizes that once Brooke comes back, this will turn into a gigantic mess. She tells Ridge, “How do I tell my sister that I am in love with the man she has been in love with for a lifetime?”

But of course, Brooke decides then and there that she’s had enough of Paris and wants to go home to Ridge because she misses him and wants to get married immediately. However, she can’t foresee that while she’s been away, Katie and Ridge have finally declared their love for each other, thanks to the meddlesome nature of her own daughter, Hope.

Now the question remains – will Brooke forgive her sister for stealing her husband-to-be? Will she get angry? Will she try to get revenge? Will she try to steal Ridge back from Katie? Since this is the Bold and the Beautiful, there’s no way this will be resolved easily, and we can expect a LOT of drama, tears, and backstabbing in the next few episodes.