The Bold and the Beautiful Spoilers: Aly’s Getting Crazier – Will She Kill Wyatt If Hope Doesn’t Stop Seeing Him?

BY Amanda Austin on March 4, 2014 | Comments: one comment
Related : Reality TV, Soap Opera, Spoiler, Television, The Bold and the Beautiful 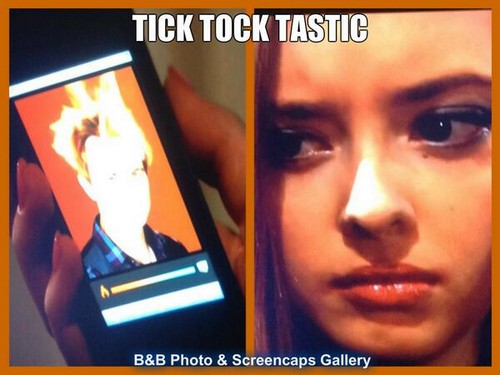 The Bold and the Beautiful fans realized last week that Aly Forrester was acting a little unstable. She seems to have developed a bizarre obsession with Hope, and an even more bizarre hatred for Hope’s boyfriend. Since Hope and Wyatt arrived in Paris, Aly has made it pretty clear she didn’t want Wyatt to be a part of the company or Hope’s life. She attempted to fire Wyatt, and even slapped him when he joked about hooking up with Hope on the plane to Paris.

Today on Bold and the Beautiful Ally took her crazy antics to the next level, by barging in on Hope and Wyatt while they were preparing to have sex, and screaming for Wyatt to “Get off from her!” Hope took Aly out of the bedroom and tried to reason with her and explained that she was behaving inappropriately and crossing lines.

Aly was a young and impressionable teen when Hope launched the HFTF campaign on Bold and the Beautiful, the message of Hope’s campaign was for young girls Aly’s age, and encouraged them to value themselves and remain abstinent until marriage. Aly lived by that message, and looked up to Hope.

Since Hope launched the HFTF campaign, she is now having sex with a man she isn’t married to, that happens to be her ex-fiance’s brother. You can imagine how confusing and upsetting is for Ally to see, since she had put Hope up on a pedestal and has been determined to live by Hope’s HFTF message.

Regardless of Hope’s confusing and hypocritical leadership skills, Aly is definitely coming unhinged. Sure, she has every right to be upset with Hope, but Aly isn’t just upset. Today after Aly walked in on Wyatt and Hope, she pulled out her cell phone, and used an app on her phone to light Wyatt’s picture on fire.

Do you think Aly is overreacting to Hope and Wyatt’s relationship? Do you think the scene of Ally lighting a picture of Wyatt on fire on her phone was foreshadowing that she may plan to physically hurt Wyatt in the near future? Share your thought and theories in the comment section below, and don’t forget to check CDL tomorrow for more Bold and the Beautiful spoilers.