The Bold and the Beautiful Spoilers: Darla Returns To Help Aly See the Truth – Schae Harrison is Back! 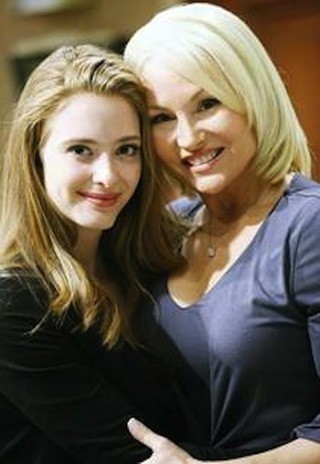 Fan favorite Schae Harrison [who plays Darla] will return to the Bold and the Beautiful this week, for the first time since 2007. Although her character on the show is deceased, she will be returning in spirit form to give advice to her troubled daughter, Aly.

As we know, Aly’s having some issues right now, what with her ever-growing hatred of Wyatt, her obsession with Hope, and her unstable mental state. But will Darla manage to help her daughter, even without being physically present?

Ashlyn Pearce, who plays Aly, revealed that she was really excited to meet her TV mother. She explained, “Everybody speaks to highly of her. I’ve already gotten the opportunity to work with Winsor [Harmon Thorne], which is great, but I was really excited to be able to show the mother/daughter connection. Being able to work with Aly’s mother and being able to talk to Schae about her storyline and get more in-depth with the chemistry for the mother/daughter relationship has been just wonderful. I can bring it into other scenes now that I personally know her, which is great. She’s a wonderful woman.”

She also reveals that viewers will start to understand what makes Aly tick through these mother/daughter conversations, and she won’t be as much of an enigma as she’s been so far. She also adds that we’ll get an insight into how much her mother’s loss affected her, and why she’s not as confident as some of the other young characters on the show.

She adds that the reunion is going to be very emotional, but that’s obviously a given considering the fact that she’s going to be talking to her dead mother – or at least, a spirit version of her.

Are you guys excited for the mother/daughter reunion and Schae’s return to the show? Let us know your thoughts in the comments below.