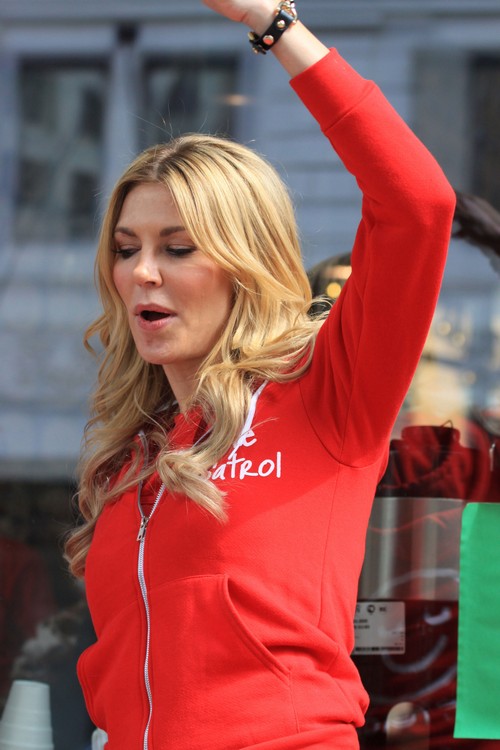 Brandi Glanville is starting to crack from the stress of filming Donald Trump‘s demanding Celebrity Apprentice. According to sources, Brandi was ‘reprimanded‘ for fighting with her co-stars and demonstrating unstable behavior, and she’s slowly starting to lose control of her reliance on alcohol and Xanax to cope with the pressure.

A source tells Radar, “Brandi got reprimanded for her behavior. She was sent to hotel to get herself together.”

Apparently, fighting with her co-stars and trying to win the show are only some of the problems that Brandi’s dealing with, and her biggest issue is trying to curb her dependence on booze and pills.

The source added, “Brandi told Donald she was crumbling under the pressure. Brandi admitted to taking Xanax and alcohol to cope with the high stress of the show. Everyone is noticing Brandi’s problems and how it is affecting filming.”

Brandi has a history with alcohol abuse, and she’s even been approached on the Real Housewives of Beverly Hills to go to rehab to deal with her addictions. However, she has yet to spend a significant amount of time at a rehab facility, so it’s obvious that she has never really dealt with her issues. And now that Brandi is stuck on Celebrity Apprentice, her stress will continue to spiral out of control, as will her reliance on Xanax and alcohol. She’ll keep using those substances as crutches to deal with the pressure, and it will eventually all come crashing down around her.