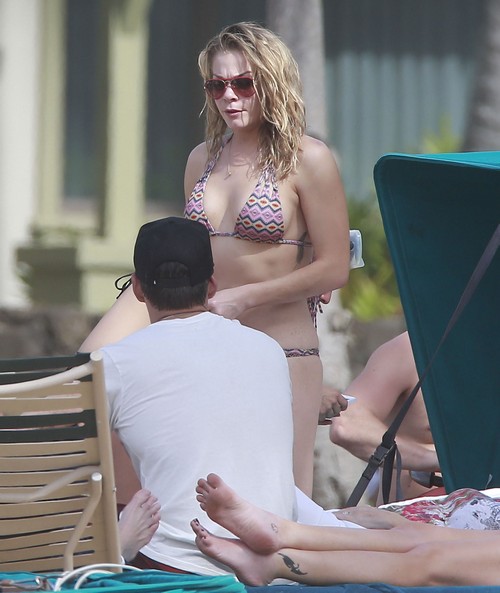 Brandi Glanville is either the biggest liar on the planet, or Eddie Cibrian is truly a scumbag famewhore that will sink to any lows to keep his money. Or you know, both are likely true.

According to Brandi, Eddie is asking her for child support, despite the fact that he and LeAnn Rimes live a very luxurious lifestyle in a palatial home. In fact, Brandi had previously revealed that her sons are often treated like royalty over at Eddie’s home, with multiple amenities in the home, all the latest high-tech gadgets, and given anything and everything they ever wanted. She complained that there was no way she could match up to that, especially with her meager [in comparison] earnings.

Brandi tweeted, “Now Mr. fancy new cars & house man is asking ME for child support!” She also added, “Every time I take one step forward I get a lawyer’s letter that takes me 3 steps back so when people say move on, I say to my ex LET ME! Just STOP.”

Brandi also recently revealed that Eddie still hasn’t paid her the child support that he owes her, even though he clearly has plenty of money to keep buying cars and houses.

Is this all part of Brandi’s master plan to ruin Eddie’s public image? Or is she telling the truth? I can’t imagine she would lie about something that could so easily be proven false, so I’m guessing she’s telling the truth. And if she is, that’s truly a disgraceful move on Eddie’s part. Sure, he may not have that reality show cash rolling in just yet – but Brandi’s not wrong when she says that he and LeAnn live like kings and queens, which means they don’t need child support. If anything, Brandi deserves it more as a single mother, especially if she’s telling the truth and Eddie still hasn’t paid her.