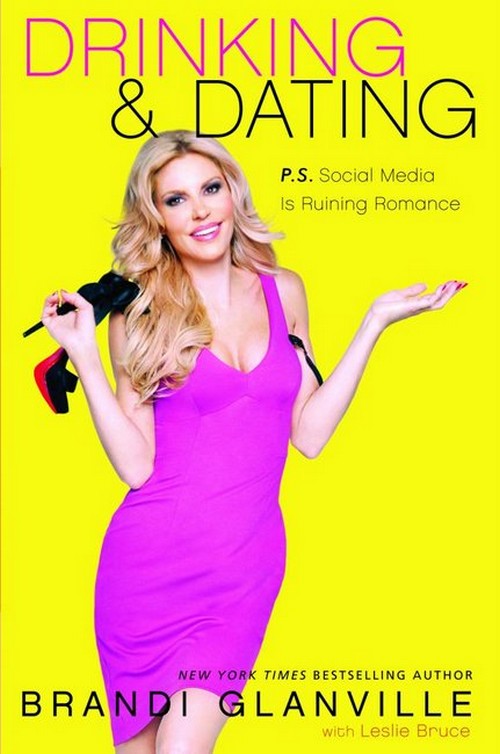 I love Brandi Glanville. In a sea of blonde, bubble-headed Bravo-lebrities she’s pretty damn refreshing. Sure she fails to think before she speaks a little too often but at least we know that she is being real, unlike her plastic-y costars on The Real Housewives of Beverly Hills. It’s interesting how things have played out for her. Five years ago her marriage to Eddie Cibrian was over and to add insult to injury he had dropped her for LeAnn Rimes. Now, Brandi’s career is skyrocketing while Eddie is rarely seen and LeAnn is all but scorned. Karma is a funny thing.

Brandi’s first book blew off the bookstore shelves and she is set to drop a follow up entitled Drinking & Dating next week. You didn’t think that she was going to leave the opportunity to take a direct shot at LeAnn pass now did you? These two have famously feuded on Twitter for years and apparently it’s a war of words that has no end in sight. Instead Brandi chooses to remind readers that she has three permanent reminders of her marriage to Eddie – their two sons and one case of HPV. She then makes fun of LeAnn’s most recent album, Spitfire, which flopped. The whole record was about her affair with Eddie and Brandi points out that people don’t appreciate a “Cunt-ry” album about infidelity.

I don’t think that this is the first time that Brandi has used the c-word to describe LeAnn and I’m nearly positive that it won’t be the last. So now we wait for LeAnn to respond, because you know as well as I do that she will and then the war or words will continue on. Is it time for Brandi to simply let it all go and step over that drunken pile of bones that is LeAnn? Tell us your thoughts in the comments below!