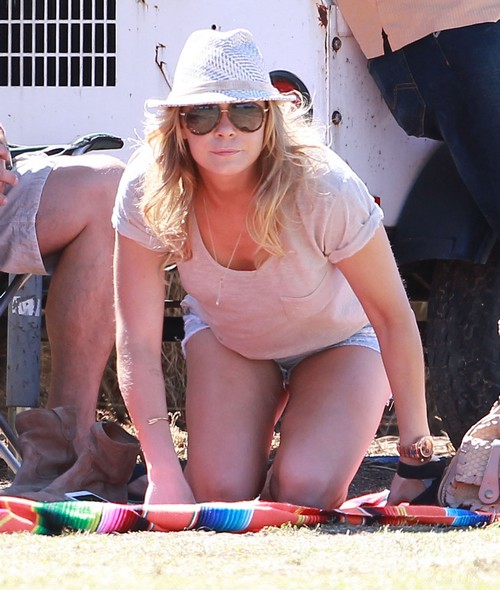 Unless you have been living under a rock you probably know that LeAnn Rimes is allegedly in the midst of a breakdown triggered by the fact that both her professional and personal life is the worst they have ever been. She can’t sell a CD or concert ticket to save her life and her husband Eddie Cibrian has his eyes on the nearest exit.

Now I will have you know that I am an empathetic person who usually feels bad when I see someone coming undone, but most people aren’t Ms. Rimes. She has proved herself to be a vindictive bully incapable of compassion, and so I have no remorse for her and I am not alone. The court of public opinion continues to vote her one of the most hated celebs, and anxiously awaits the serving of Karma that Rimes so profusely deserves. What is lesser known is that no one is enjoying her demise more than her so called soul mate and husband Eddie.

Just Say Jenn! has got the goods and supposedly Eddie is not just taking great pleasure in seeing LeAnn crumbling but likes to antagonize her by leaking things to the press, as well as saying things to her in private no loving husband would. He didn’t always feel so vengeful towards his ATM wife. His hatred towards her began when he found out that Rimes was the one behind the press getting wind of their affair. Seems that when Eddie wouldn’t leave his former wife Brandi Glanville for her she did what any psycho would do and orchestrated the release of pictures of them together. This subsequently led to the breakup of his family, so Eddie feels like LeAnn is getting what she deserves and is more than happy to sit back and watch her suffer while he spends her money.

And for anyone who still doubts that Ms. Rimes has been hitting the bottle tell me this is not a drunk tweet, “The perfect night that doesn’t happen often, so I’m thoroughly enjoying it. Surprising my man w/ dinner 4 my man wine @thecivilwars candles & quiet.” Seems to be someone is drinking and tweeting which for Eddie’s ex Brandi is just the title of her New York Times Best Selling book, but for LeAnn is just any given Monday.