Brandi Glanville Wants LeAnn Rimes To Know She Can ‘Go F**k Herself!’ 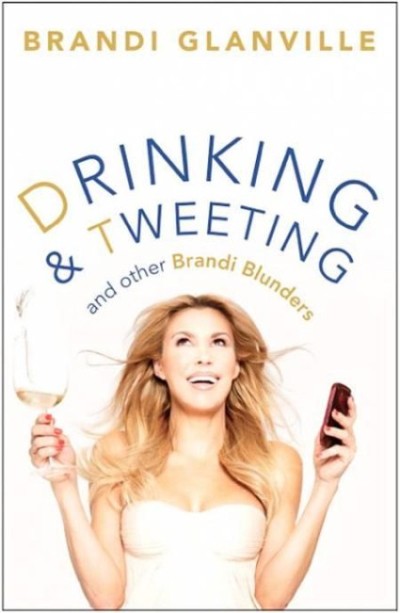 These two are HILARIOUS! Brandy Glanville and LeAnn Rimes are still going at it, and we’re definitely not complaining, seeing that their feud just makes us giggle every time the other person replies to what was being said. During a Q&A at her book signing, Drinking and Tweeting: And Other Brandi Blunders, at a boutique in West Hollywood yesterday evening, Brandi didn’t hold back when she addressed her constant battle with the woman who stole her hubby Eddie Cibrian.

The 40-year old made it clear that her beef with LeAnn was far from over when she said the singer could “go f**k herself” before adding “Well, she has to, because who would want to?” We find this pretty amusing because it’s been three years since Eddie left Brandi, yet the Real Housewives starlet still can’t get over the fact that her goodies weren’t pleasing Mr. Cibrian — LeAnn’s are better! Anyway, enough of that, it still doesn’t explain why these two can not just get along… let’s not forget that Rimes is Brandi’s stepmother, so you’d think that they at least try and get along for the kids, right? Wrong!

But, it’s not all bad. Glanville continued that she definitely doesn’t want the two to break up anytime soon, mainly because she doesn’t want her kids Mason and Jake to be going through all of that mess again. She explained that another divorce is not what she’s wishing for Eddie and LeAnn “because I don’t want my kids to go through a divorce again.” Okay, so is that her being nice or just caring about herself and her kids? Brandi we wish you’d just make up and give LeAnn a fat kiss on the cheek to just end all of this, as entertaining as it may be, it’s sad that the kids are going to eventually get caught up in this.

When the topic ‘Eddie Cibrian’ was brought up, Brandi explained to the audience how she was the best housewife she could possibly be; taking care of the kids and making sure Eddie was happy at all times, but even that couldn’t stop him from finding a new woman. It’s super hilarious that Brandi describes LeAnn as “attractive” when she said: “I loved so hard — I loved my children and my family was perfect. I did everything I could do for him and the boys and to make him not want to stray. So, when it happened, especially with someone as attractive as her … When a man cheats on you it’s not about you — it’s about notoriety — they want to be with you, but they want [to have] their cake and eat it too.”