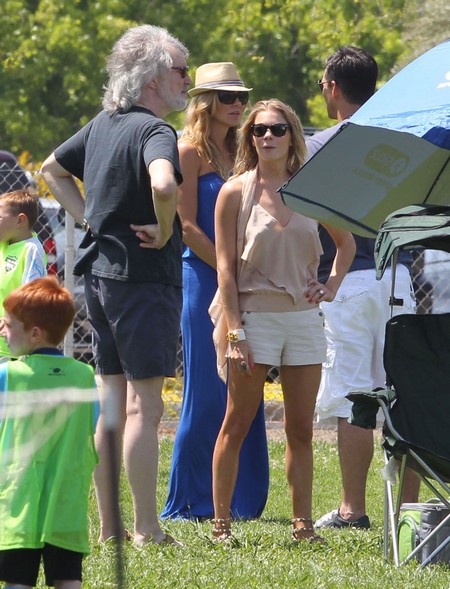 LeAnn Rimes is afraid of Brandi Glanville for real and feared she was going to kill her because she considered a restraining order against the Real Housewife of Beverly Hills star.

According to Celebuzz, this quote along with other “series threats” had LeAnn considering going to the courts. “Brandi has told LeAnn to her face multiple times that she would kill her if she could,” a source told Celebuzz.

Brandi later clarified, tweeting, “THE 1ST TIME I saw my THEN 2 n a half yr old Jake sit n LR’s lap as I walked on the soccer field my blood was boil n & I wanted to hurt her.”

Can you really blame her?

It’s been a bumpy road for the two women who have never made their animosity a secret. In 2009, Brandi’s husband at the time, Eddie Cibrian, had an affair with LeAnn, ultimately causing the couple to split. They have two children together, Mason and Jake. Eddie and LeAnn married and just celebrated their first wedding anniversary fresh with new bikini shots of the skin and bones singer.

But the two seemed to be working on their differences of late when both were papped at one of Jake’s soccer games. However, the détente is fragile. Brandi expressed her disappointment when word got out that Eddie wouldn’t allow their boys to appear on the Real Housewives. RadarOnline.com reported Brandi’s offer to become a full-fledge housewife was rescinded when she told the network the news.

I understand why Eddie won’t allow the kids on the show but it’s annoying to me since LeAnn won’t cross the street without alerting the paparazzi. Brandi has a chance to make a name for herself and she’s great on the show. I actually love Brandi’s character. She’s funny and quick and doesn’t take herself too seriously like all the other uber-rich lamo ladies. It’s Bravo’s loss for sure.

But of course, LeAnn would tell people she considered a restraining order. She’s one cracked-out night away from Lindsay Lohan-type attention antics. And let’s be honest. I’d want to kill her too. Say what you want about Brandi but she got screwed and now LeAnn thinks she can just waltz in and play mom.

I understand stepmothers want their stepchildren to love them and create strong relationships but there’s a respectful way to do it and I doubt LeAnn even tried to be compassionate towards Brandi. Violence is never the answer, but sometimes you just want to slap a b*tch. Am I wrong?