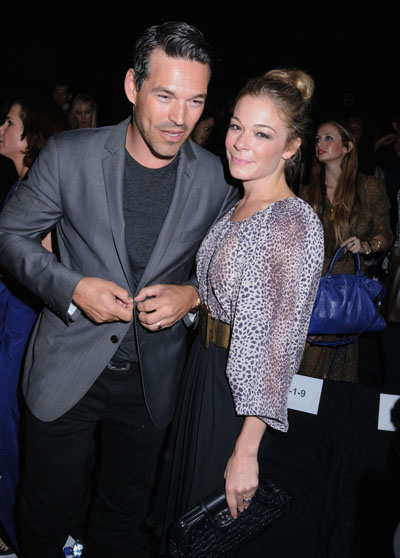 Eddie Cibrian may have been disappointed when his TV show, The Playboy Club, was cancelled after a handful of episodes earlier this year, but it looks like his wife LeAnn Rimes is determined to make sure that his year ends on an upbeat note!

The couple, who got married in April, has been spending the last few weeks of December in Mexico, riding horses on the beach and laying out on their boat (that, of course, they decked out with a Christmas tree and other decorations.)

Among the gifts that the 38-year-old actor is reportedly set to receive from his wife on Sunday are a a $150,000 Porsche (we’re assuming that LeAnn will just be presenting him with the keys) and a “ripped up prenup.”

That’s right! LeAnn is so convinced of their undying love that, despite both of them having gone through very messy divorces after they left their spouses to be with each other, Intouch Weekly via Celebitchy.com is reporting that LeAnn is planning on ripping up the couple’s prenup as a gift:

“LeAnn’s told Eddie she intends on tearing up their prenup agreement!” said an insider to the mag.

Why do we have a feeling that this particular present might someday come back to haunt LeAnn like the ghost of Christmas past?