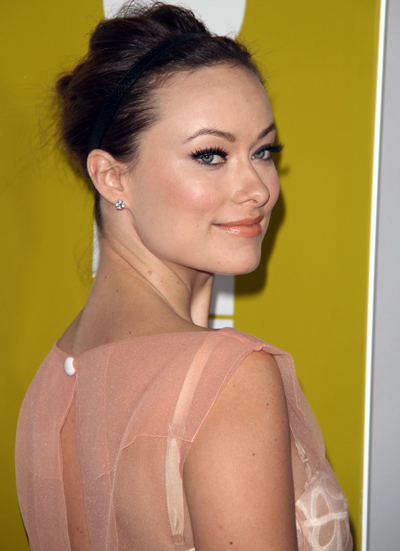 Does Saturday Night Live comedian Jason Sudeikis have a new A-list girlfriend? US Magazine reports that the funnyman, who starred in the film Horrible Bosses, is now dating Olivia Wilde of Tron and Cowboys & Aliens fame. If you remember, Jason’s romance with Mad Men‘s January Jones went belly-up earlier this year, and Olivia has had a few, rumored post-divorce flings with Justin Timberlake and Ryan Gosling, so dating a fellow celebrity is nothing new for these two!

According to an eyewitness, Jason, 36, and Olivia, 27, arrived at a recent SNL after-party, hand-in-hand.

“She’s come to the [SNL] studio at Rockefeller Center, and they’ve gone out to dinner after rehearsals,” added the source, noting that the couple isn’t being shy about their new relationship.

Although there’s no word on how they met, Olivia has popped up in several SNL skits recently, including a brief appearance in a digital short last month with Andy Samberg. Still, we have a feeling that if her and Jason’s relationship continues, then it will only be a matter of time before the former House actress lands a much-coveted hosting gig.

Meanwhile, Jason is not the only late-night cast member having a holiday fling, apparently. Kristen Wiig was spotted making out with Drew Barrymore‘s ex, Fabrizio Moretti recently in NYC.