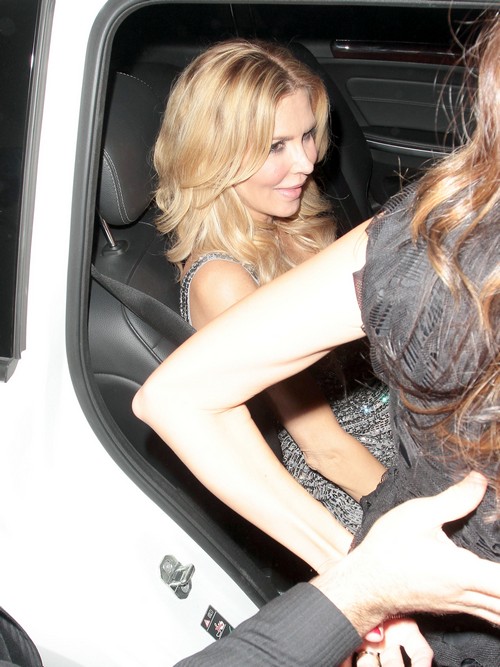 Who in their right minds would be jealous of Brandi Glanville? The other Real Housewives of Beverly Hills, that’s who. According to the latest report from Radar Online, the other housewives are seething with jealousy over Brandi’s recent fame, despite the questionable way that fame might have been acquired.

Despite the negative feedback and constant controversy surrounding Brandi, it seems as though the other housewives are jealous that Brandi’s getting so much more attention than them, even if the attention isn’t necessarily positive.

A source tells Radar, “The women are going crazy with all the attention Brandi is getting. They each want to be the biggest star of the show, and even though most of them think what Brandi has done is despicable, they’re still jealous that she is the most prominent of all the ladies. Each lady is saying that they can’t believe Brandi is the focus of the show now when all that she has done has been mean-spirited.”

This is just the kind of petty bitching that the real housewives are famous for, so this isn’t the least bit surprising. And besides, the report also adds that all of the housewives are getting prepared to take down Brandi at the upcoming RHOBH reunion in a few weeks, where there’ll be plenty of cameras to catch the action.

Seriously though, it’s pretty pathetic, if not surprising, that these people are jealous of Brandi’s fame. She didn’t become famous because of her talent, her ambition, or even her looks. She became famous because she’s controversial, and the media is obsessed with that. But even then, her fifteen minutes of fame are almost up, and I’m sure some other reality show idiot will soon take over, not to worry.