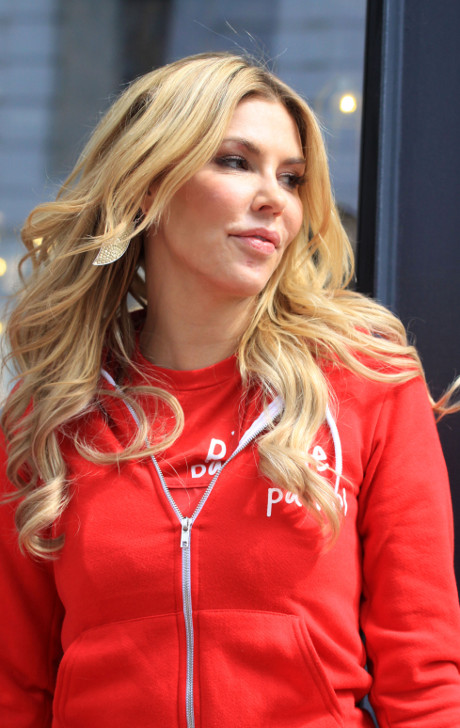 Well, it just wouldn’t be a Monday morning if we didn’t wake up to the latest installment in the Brandi Glanville & LeAnn Rimes feud saga. RHOBH’s Brandi Glanville and country singer LeAnn Rimes have been waging an intense war of words and social media jabs for years now over Leann’s affair with Brandi’s ex-husband and her current husband Eddie Cibrian. The petty immature women spend their days on social media slamming each other’s parenting choices over Eddie’s two sons, Mason and Jake.

So, in a nutshell, this is what happened this weekend. Brandi Glanville took her two sons Mason and Jake with her to NYC to promote her latest book slamming their father and their step-mom LeAnn. While in NYC, apparently Mason had a severe allergic reaction and had to be whisked to the hospital by an ambulance. At 5:30 in the morning, Glanville posted a photo on Twitter of her son Mason lying in a hospital bed and stated they had been in the hospital for eight hours and that 911 had to be called.

LeAnn Rimes, who was at home in California, got on Twitter literally less than an hour later and tweeted that a friend had called her, woke her up, and said that Mason was in the hospital in NYC. LeAnn and Eddie were “freaking out” because Brandi had not notified them and they had no idea what was going on with Mason. Finally, two hours later, Mason (not his Mom) called his Dad Eddie from the hospital in NYC and told him he was “okay” and explained he had an allergy.

There are so many things wrong with how this all went down, I’m really not sure where to start. First of all, why was Brandi dragging her kids along to promotional events across the country where she is promoting a book that claims their Dad and step-mom have STDs? I can’t be the only person that thinks this is wrong on so many levels. Secondly, oh Leann, we know nobody called you and told you about Mason. You were up in the middle of the night and stalking Brandi’s twitter, which you have been caught doing multiple times, and see her tweet about Mason being in the hospital. We’re going to cut you a little bit of slack on this one, mainly because Brandi had no intention of filling you guys in on Mason’s near death.

Now, the question on everyone’s mind . . . was Brandi in the wrong about not notifying Eddie and Leann? Radar Online is comparing Mason’s food allergy to the time that Eddie and LeAnn took Mason to the emergency room after he slipped and fell on their hardwood floors. Brandi had no idea he was in the ER; she showed up at his soccer game and her son wasn’t there. I’m not a doctor, but I would have to say that slipping on a floor (and getting up and walking away afterwards) is much less serious than an allergic reaction in which your throat begins closing and an ambulance has to be called to stabilize your breathing.

Yes, it was rude of LeAnn and Eddie to let Brandi show up at the game looking like an idiot. That trip to the ER was not a matter of life or death though, Eddie and LeAnn didn’t even call an ambulance they drove Mason there themselves. The fact that Brandi tweeted it to millions of people, but couldn’t be bothered to notify the kid’s own father, is just an extra slap in the face.

I’m going to have to say I’m Team LeAnn on this one. Brandi Glanville was 100% in the wrong not notifying Eddie and LeAnn that Eddie’s son Mason was in the hospital all night and had a severe allergic reaction. It’s not like he had to get a few stitches or sprained his arm, his throat was closing and he couldn’t breathe! Any parent, regardless of your history with them, has a right to know if something like that happens to their child. Sure, it was the middle of the night. If Brandi wanted to wait until morning and call Eddie and Leann, then fine. But, if that were the case then she had no business posting it on Twitter and telling everyone else before them! 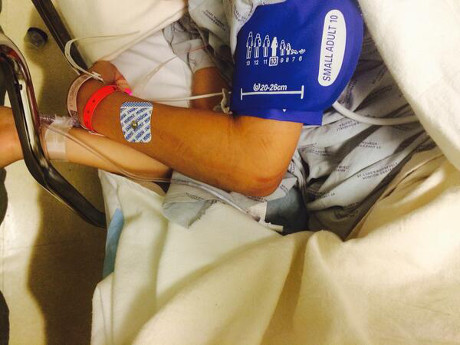 So, are you Team LeAnn or Team Brandi on this one? Did Brandi cross a line by not notifying Eddie of Mason’s trip to the hospital? Or is this just payback for when Eddie and LeAnn took Mason to the hospital after he slipped on the floor and didn’t notify her? Share your thoughts in the comment section below. We NEED to hear from you.