The Bachelorette 2014 Season 10 Spoilers: When Is Brett Melnick Eliminated by Andi Dorfman? 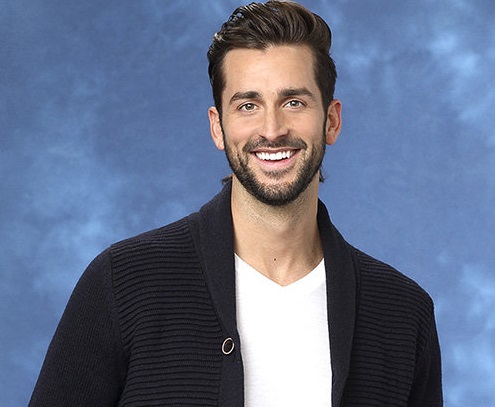 Some guys really stood out during the season 10 premiere of The Bachelorette on ABC, and we can’t even remember some of their names. One bachelor that is vying for Andi Dorfman’s heart definitely stood out during the premiere because of his quirky limo entrance. Brett Melnick, a 29 year old hair-stylist from Pennsylvania, climbed out of the limo and presented Andi with a lamp that was literally as tall as her.

He declared that his Mom told him never to greet a lady empty-handed, so at the last minute he stole a lamp out his hotel room to give to her. I think it’s safe to say he isn’t getting his deposit back.

So, how far does the lamp-toting hairstylist make it on The Bachelorette? Well, apparently Andi didn’t find the lamp gift as charming as the viewers at home, because she eliminates him during the third Rose Ceremony of Season 10.

According to Bachelorette spoilers, Brett Melnick will appear in episode 2, and tagalong on a group date to OHM Night Club in California where he will dress as a sexy fireman and strip on stage alongside the other bachelors for charity. He’ll dodge the bullet and be spared during the Episode 2 Rose Ceremony. During episode 3, he’ll participate in another group date with eleven other bachelors and they’ll sing at Paseo Nuevo Mall in Santa Barbara with Boyz II Men.

Either Brett can’t carry a tune or Andi just wasn’t feeling his song…because after the performance with Boyz II Men, Andi sends Brett packing. So, Bachelorette fans, are you surprised Andi eliminated Brett so soon, or are you surprised he made it all the way to episode 3? Let us know what you think in the comments below!