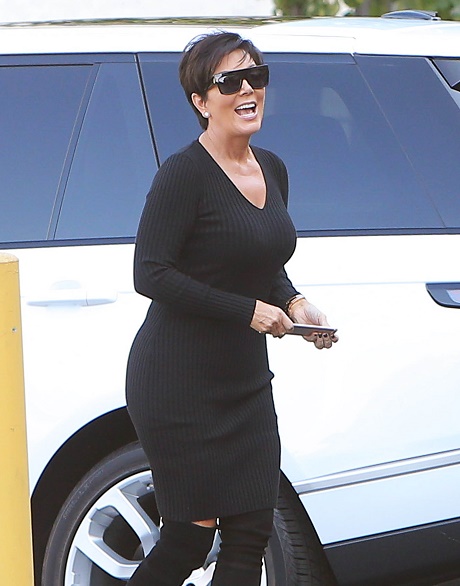 The Jenner/Kardashian feud is about to kick into high gear, with Bruce Jenner’s mother, Esther Jenner, dissing the Kardashians in a VERY public interview. The Daily Mail [in a rare instance of not failing] asked Esther Jenner about her thoughts on Kris Jenner and whether she agreed with the view that Kris is ‘controlling’, and Esther’s response was pure gold.

She explained, “That’s accurate. I don’t know why she is. I don’t think she treated anybody very well. She could insult you with a big smile on her face, I know. What do you do with a person like that? You’re going to avoid them if possible. She was backstabbing as far as my grandchildren were concerned, and that is something I can’t stand. She’s domineering — it’s do it her way, or there’s no way. I had very little to do with Kris. I stayed away from her as much as I could.”

Oh, BURN. Esther Jenner knows that Kylie Jenner and Kendall Jenner are in trouble now. Kris will probably pimp them out even more now that their grandmother dissed her in public, as some sort of twisted retaliation. I mean, I know in-laws not getting along is a big cliche and all that, but this is on another level. Esther Jenner just dragged Kris Jenner in full view of the entire public, even though she knows that her family is still entangled with Kris’ family – that’s how much she can’t stand Kris Jenner. Plus, she probably realizes that it was Kris Jenner’s fault that Bruce Jenner was unhappy for so many years, and she’s just calling it like it is.

Game, set, match. Esther Jenner doesn’t even want Kris Jenner to carry the Jenner name anymore, that’s how much she hates her. Your move, Kris.