Camilla Parker-Bowles To Divorce Prince Charles In The Wake Of Barbra Streisand Affair? 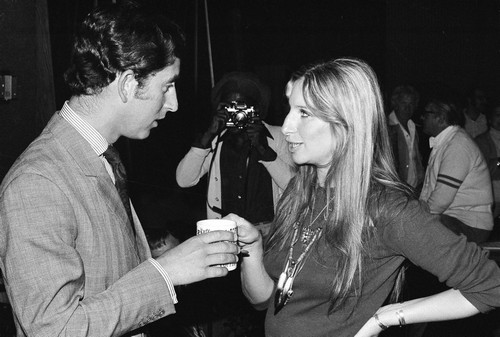 Prince Charles is living up to the royal reputation of cheating on his wife, Camilla Parker-Bowles, as rumors of his affair with Barbra Streisand continue to gain noise. And the royals wonder why the press and public holds them in such low regard. All the princes and kings and dukes seem to carry specific douchebag genetic material, because what else explains the fact that most of them just can’t seem to keep it in their pants?

Charles is no exception to that, and in fact, he’s one of the most public examples of that. He cheated on Princess Diana and had an affair with Camilla Parker-Bowles, who he then had to marry because everyone knew about the affair. Charles has managed to stay married to Camilla for many years [probably aided by the fact that she has some dirt on him], but that doesn’t mean that he wasn’t stepping out on the side.

According to recent reports, Charles was cheating on Camilla with Barbra Streisand, American treasure and MARRIED wife of James Brolin. But hey, it takes one to know one. There have been plenty of rumors surrounding the end of Barbra’s marriage to James Brolin, so it makes sense that the timeline coincides with the end of Charles’ marriage to Camilla Parker-Bowles.

Now, there’s no proof to support this story, but in my experience, there’s usually smoke where there’s this much fire. Besides, cheaters belong together, no? If Barbra cheated on her husband and Charles cheated on his wife, they can go run away together – except wait, the royals would never allow Charles to do that. So basically, the gossip mill will churn for a while, but there’s no way Camilla Parker-Bowles will file for divorce from Prince Charles, not when she’s a mere few years away from finally sitting on the throne.