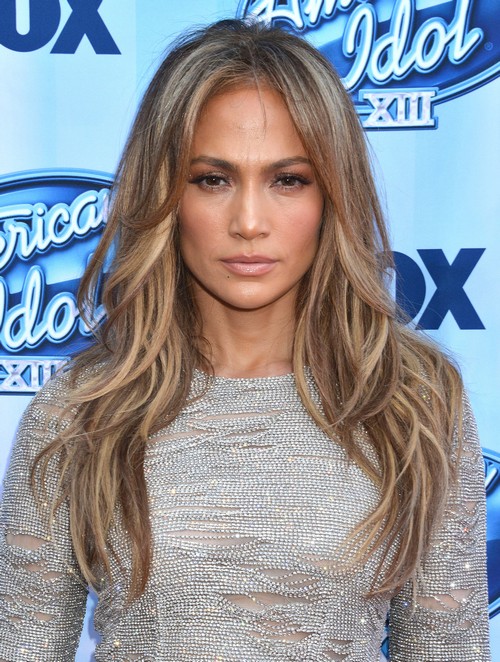 Jennifer Lopez and Casper Smart have lasted longer than anyone thought they would, and they deserve kudos for that. However, their relationship has been plagued by plenty of rumors questioning their loyalty and commitment to each other, especially as Jennifer seems to grow more and more disinterested in Casper as the years go by. At this point, it seems like Jennifer’s staying with Casper more out of obligation than anything else.

As such, it’s believable when new reports suggest that Casper has gotten sick of being ignored by Jennifer, and he’s starting to emotionally cheat on her with other women. Based on a report from In Touch Weekly, Casper has been exchanging flirty Instagram messages and sexts with a transgender woman named Sofie Vissa.

TheDirty.com’s editor revealed on their website yesterday that Sofie reached out to him to sell her story, the texts, and the dirty pictures that Casper supposedly sent her. The editor claims that she’s shown him screenshots of the messages, as well several of the sexts that Casper sent her. The editor detailed the story to In Touch Weekly, explaining, “Basically she was sending him naked images and asking for naked images back. So Casper actually sent her naked pictures.”

He also adds that it was never clear whether Casper knew she was transgender or not, but the pictures on her Instagram make it pretty obvious that she was. However, when the editor confronted Casper about the allegations, Casper outright denied them, claiming that it was a bunch of BS.

Casper’s rep also confirmed that his Instagram handle is @beaucaspersmart, which is where the messages from Sophie allegedly came from. And if that’s proof enough, then Casper’s gonna have hell to pay from J.Lo. Or maybe she’ll use this excuse to finally dump his ass and move on with her life.

Look at how angry JLo is!