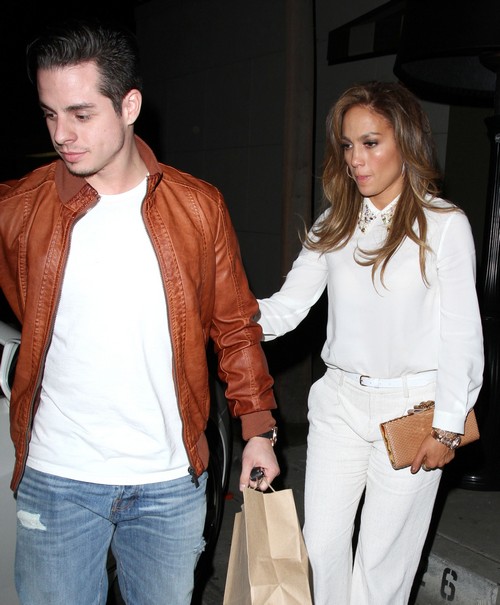 OK! Magazine has been smoking crack if they believe that Casper Smart actually dumped Jennifer Lopez. First of all, does Casper Smart even know how to dump someone? I feel like he would need a class in doing that. Second of all, there’s no way he’s dumping his meal ticket and claim to fame, especially since he has no major discernable talent of his own.

Anyway, OK! claims that Casper ‘dumped’ Jennifer because she works too much. Apparently, she’s always ‘putting her ambition before her love life’, which probably isn’t difficult for her when her love life consists solely of Casper Smart.

But then, OK! adds that Casper decided to ditch Jennifer, with a ‘source’ adding, “Casper gave Jennifer a taste of her own medicine by breaking up with her right before the wedding of two dancer friends last month. I asked him why Jennifer wasn’t with him. He said, ‘She’s Jennifer — she’s always busy.’ However, a heartbroken J.Lo apologized and the pair made up a short while after.”

Yes, Jennifer Lopez is very career driven, but she probably seems more so to Casper because he’s so utterly lacking in aspirations. I doubt their relationship’s going to last that much longer, but if anybody’s going to be doing the dumping, it’s going to be JLo. You think she would ever risk her reputation by getting dumped by a backup dancer? Uh, no. She’s still in denial about the future of her relationship with Casper, but the fact that they’ve been together this long and still haven’t gotten married says a lot about their chances at staying together – which is to say, those chances aren’t very good.

What do you guys think? How much longer do you believe that Jennifer and Casper will last? Let us know your thoughts in the comments.