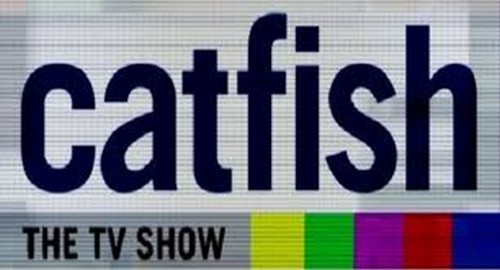 Tonight on MTV their series about online dating, CATFISH returns with the seventh episode titled “Solana & Elijah” On tonight’s episode a woman’s relationship stalls because of an online affair.

On the last episode called “John and Kelsey”, John had only spoken to Kelsey online. Wondering who Kelsey was he asked Nev and Max to help him out, to see if Kelsey is who she said she was. Did John get what he’s expecting or was he left disappointed? Not really, he left his dead end job to pursue his dream of writing. So maybe in the future he won’t exactly have all that free time to check up on chat rooms! Did you watch last week’s episode? If you missed it we have a full and detailed recap, right here for you.

On tonight’s episode Solana is a woman who’s having her relationship stalled due to an online affair with a man named Elijah. Solana wants to find out if Elijah is the man she thinks he is behind the computer, she asks for Nex and Max to help her out. Will Elijah be what she’s expecting or will she be left disappointed when she discovers the truth?

Solana met another kid named Elijah over MySpace back when she was 14 years old. But one day, out of the blue, he dropped out of her life without any explanation whatsoever and it wasn’t until two years ago that he decided to suddenly reappear.

“Elijah” reached out to her on Facebook apparently searching for a Solana he used to know. And though Solana remains wary of him to this day, she still wants to give him a chance because she had fallen in love with him when they were kids and unless she knows who exactly she’s been speaking to since – she won’t be able to move on. Which is where her story becomes complicated!

Solana is currently in a relationship with Danny. Danny is very sweet and he’s being pretty understanding about all of this, but he too wants to get answers. Both Solana and Danny know she can’t fully commit to him as long as she thinks she still has an opportunity with the elusive Elijah. However the man they’ve been wondering about is hard to get into contact with. Years ago, he didn’t mind speaking to Solana over the phone (he called her and she wasn’t allowed to call him) and now he claims to not even own a cell phone!

And another thing, Elijah allegedly claimed he couldn’t face chat because his computer doesn’t have the equipment. So really what is the point in all of this? What is Elijah’s game? Does he want to potentially build something again with Solana or does just want to be internet friends?

Nev and Max were suspicious of Elijah from the start. They were also confused why Elijah didn’t want to call Solana anymore and so they theorized that maybe it isn’t the same Elijah. When the guys went searching for him they soon realize that the real Elijah is being impersonated by a bunch of people on the internet. And when they did find a video of Elijah – the guy in the YouTube video claimed to have gotten new camera equipment.

The Elijah Solana has been talking to could also turn out to be a woman. Nev and Max realized that. It would explain why he used to talk to her when he was barely prepubescent and not now when they’re both adults. At a young age a girl’s high voice could pass off as a teenage boy. Yet the same can’t be said about 18-20 year olds.

Solana had no other choice after hearing all that. She texted back Elijah, who oddly tried to reach out to her seconds after Nev and Max’s report, telling him about catfish. And he texted her back saying what if he isn’t what she suspects.

It was a tough question, but she needed to meet him so she said that wouldn’t matter.

And the trip to Minneapolis was scary. The first guy the video crew and Solana met was Elijah’s brother who admittedly was creepy. He led them into the house and the promptly did a spooky disappearance act on them. So, yeah, that’s going to freak people out because they’ll start to wonder about getting murdered. But then Elijah showed up!
That’s right – Elijah is real!

He’s grown a beard since his profile picture otherwise it’s the same guy she’s been in contact with since she was kid. And he truly did have a plausible excuse for everything. Take the video comment from one of his video – the video equipment broke down after a while. Plus he does not own a cell. What he owns is a very old iPod that had a text app on it.

As for why he stopped talking to her on MySpace, his parents cut his social media privileges because they were worried about their teenager speaking to someone (a perfect stranger) over the internet.

Though the connection they had from their earliest days is still there and it could have been something much more. Solana feels drawn to Elijah and he was cutely worried this whole time he would be too short for her. It’s why he delayed meeting her in person. Still, meeting him finally cleared up one confusion for her – she does find him attractive, but she knew from the visit that she loved Danny more than anyone else.

Solana will probably always have a special place for Elijah seeing as he was such a big part of her life yet she went on to marry Danny within two weeks after she got back! Guess her and Elijah just weren’t meant to be!