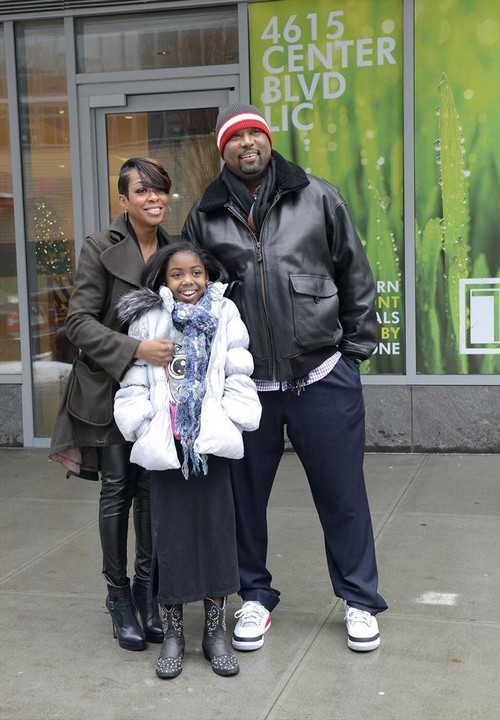 On last week’s episode of ABC Celebrity Wife Swap two Hollywood dynasties came together for the first time when the partners of actor Robin Leach and music legend Eric Roberts swapped lives for one week.  Did you watch last week’s episode?  If you missed it we have a full and detailed recap, right here for you.

On tonight’s episode, when it’s time for the swap, Tichina is not at all prepared for what’s in store in Newhall. Born and raised in NYC, country living doesn’t exactly agree with her– including having to now care for all of the family’s animals, especially when one of Dalin’s lizards decides to get up close and personal.  Missing her wine and relaxing evenings, Tichina is now cooking, cleaning and running a household of six. Back in New York City, Kelly finds the city cramped and exhausting, especially keeping up with Alijah’s busy schedule of auditions, dance classes and everything in between.

We will be covering tonight’s Celebrity Wife Swap, Tichina Arnold and Kelly Packard episode with all the details. You don’t want to miss this episode; you never know what craziness is going to break out! Don’t forget to come back to this spot at 8PM for our coverage of the episode.

Tonight’s episode of Celebrity Wife Swap features sitcom actress Tichina Arnold and Baywatch’s Kelly Packard swapping lives for a week and living in each other’s houses with each other’s families.

Tichina lives in New York with her husband Rico and nine year old daughter. Rico is an assistance basketball coach at St. John’s University, and her daughter Alijah is a “show biz baby,” and a “true city girl.”

Kelly lives 20 miles North of Los Angeles in a small town called Newhall with her husband Darrin and her four kids. Kelly and Darrin are practicing Mormons so they don’t have tobacco, alcohol, coffee, or tea in their home. Darrin works 80 hours a week, so Kelly stays home and takes care of her 4 kids and their ten pets.

Kelly arrives at Tichina’s house and she hates the city. She checks out Tichina’s closet and thinks a teenager lives there. She is shocked to see that the Arnold family has only one bathroom.

Tichina lets herself into Kelly’s house and is distraught when she can’t find any alcohol. She sees pictures of all four kids on the wall and says she is having “allergic reactions.”

Kelly and Tichina set down and read each other’s manuals. And, realize quickly that they are polar opposites. Next they meet the families that they will be taking care of for the next couple of days. Kelly thinks she is going to have “no problem taking care of Tichina’s family.”

Tichina spends her first night with Kelly in the swimming pool, there’s only one problem, she doesn’t know how to swim.

Kelly cooks pork-chops for Rico for dinner and is shocked that the family doesn’t eat dinner together, or even at a table. They all sit down on the couch with their TV trays and eat in silence watching TV. Kelly learns that Alijah doesn’t have a bedtime.

Tichina wakes up at the crack of dawn, while the kids are still asleep. Darren heads to work and leaves her home alone with the four kids. Tichina tries to feed the kids, and then got them dressed and out the door so they aren’t late for school.

Alijah’s manager, her Grandma, shows up at the Arnold house and tells Kelly they have to do to dance, classes, acting classes, and an audition. Kelly sympathizes for Kelly because she knows what it is like to be a child actor.

Tichina is annoyed because Darren shows up two hours later than he said he would going to be because he was playing basketball, he claims he likes to play after work to “wind down.” He missed dinner and missed putting his kids to bed.

It’s time for the rule chance, and Kelly and Tichina are running their new houses their way. Kelly wants Alijah to put away the high-heels and do age appropriate activities. Kelly thinks they need more “outdoor life,” so they are going to go camping. Kelly wants them to have dinner at the table and Alijah has to go to bed at 8:30 like a normal kid.

Tichina thinks the kids need to get out of the house and see other people, so they are having a “family night out.” Darren can’t go to basketball anymore. And from now on Darren needs to spend time with his wife and have a date night. Tichina also thinks that their 9 year old daughter deserves a make-over, and teaches her how to put on make-up.

Tichina gives Aubrey a make-up and unveils her new look to her father Darren. He’s not a fan of her new look, he says she is “freaking him out” and she looks like she is 21.

Meanwhile at the Arnold house Kelly is trying to make Alijah act more like a nine year old. Kelly, Rico, and Alijah all sit down and do some arts and crafts together as a family. Then, since it is freezing outside they sent up a tent in the living-room and Kelly teaches Alijah and Rico how to make smores.

Tichina and Darren take all four kids to the roller skate rink for a family night. Darren is happy to spend time with his kids for a change, and he understands where Tichina is coming from about spending more time with his family.

It’s time for Tichina and Kelly to meet up with their husbands and head to the round table to discuss what they have learned from each other’s families. Kelly reveals that she thinks Rico and Alijah and Tichina need to act like more of a family, and she thinks that Alijah needs to act more her age. Tichina says that she thinks Kelly’s life is “poop.” And, she spent all day “cleaning up her animals’ and her kids’ poop.” She also reveals that she thought Kelly was babying her daughter too much and she helped her put on make-up, which Kelly isn’t too happy to hear. Kelly is thrilled though to hear that Tichina made Darren give up basketball, and will be spending more time with his family. Rico says that living with Kelly for a week made him realize that they need to have more family time together. Darren leaned through the whole process that he needs to spend more time Kelly, and take her out on date nights.

Overall Tichina says the Wife Swap was an eye-opener for her, but she has no intention of doing it again. Darren stayed true to his word and quit basketball so he could spend more time with his family. Alijah stuck to the bed time that Kelly set for her, but the family is using TV trays again.