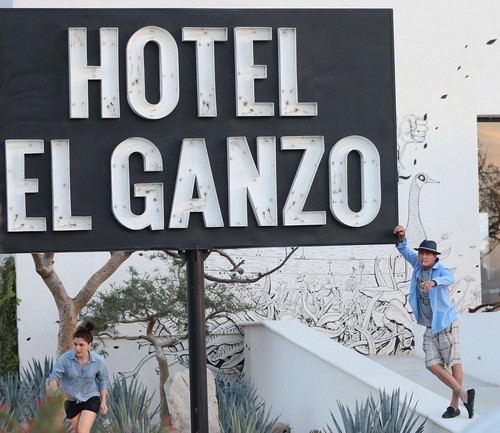 Well, Charlie Sheen is definitely back in his cracked out prime, isn’t he? He seemed like he was so normal for so long, but once a crazy TV star, always a crazy TV star?

Although Charlie had previously given his thumps up to Ashton Kutcher when he replaced him in Two and a Half Men almost two years ago, it doesn’t seem like he’s sticking to his original opinion. Granted, when he said that Kutcher was the ‘right guy‘ for the job, he was probably forced to say that by the network as part of his exit deal.

Alas, Charlie’s now back up to his old tricks. He tweeted a picture of Jon Cryer, his Two and a Half Men co-star, with Ashton, captioning it, “hey Jon!!! u r a GENIUS!!! I effin love and MISS YOU old pal! Q; who’s your lame sidekick?” He added the caption, “#NiceTryCanonBoy,” even though Ashton is a Nikon spokesperson, not a Cannon spokesperson.

Is someone feeling a little bitter over losing his highest-paid actor on television gig? Charlie lived a very comfortable life while he was working on Two and a Half Men, with an exorbitant amount of money coming in and a pretty flexible schedule. He ended up throwing it all away over a silly feud with the show’s creator, and now he’s regretting it. It’s happened plenty of times when the star’s ego gets too big for his britches, and with Charlie, you have the added element of his crazy behavior.

What do you guys think of Charlie’s comments on Ashton? Is he just jealous, and is he back in his crackie phase again? Let us know your thoughts in the comments.