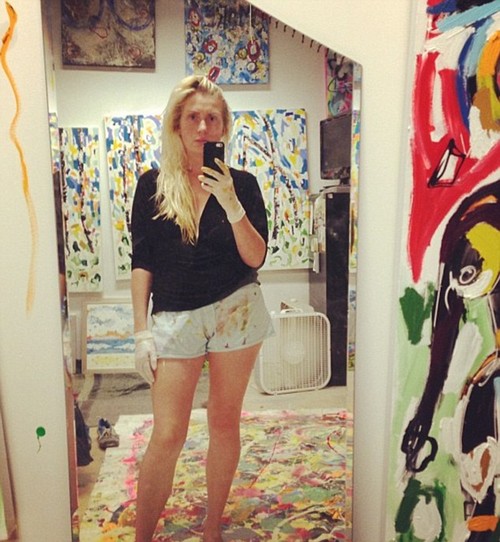 Robin Williams first met Charlotte Filbert, a Connecticut artist back in 2007 and the chemistry was immediate. The actor had reportedly moved out of the home that he was sharing with second wife, Marsha Garces and bought some of Charlotte’s paintings to spice up his apartment. It didn’t take long before the two were more than friends and both have maintained that nothing sexual happened before Robin had left his wife. Marsha Garces seemed to have a different idea and reportedly filed for divorce after learning that Robin’s mistress, Charlotte had a $10,000 a month allowance from Robin to play with!

Charlotte managed to hold Robin’s attention for about a year before the couple split up and claimed that they parted as friends. According to the Sept. 1st print edition of GLOBE Magazine Charlotte is now married to a designer named Benjamin Caldwell and recently had her first child. She was quoted as saying that Robin’s suicide death is “Very, very sad” and that being a new mom makes her concerned for his kids that he left behind. She added that she is “thinking about his family”. I’m pretty sure Marsha will be glad to hear it.

While I’m sure Charlotte Filbert has been affected by Robin’s death, I have to think that while she was with him there were probably issues with his kids- especially if they blamed her for their parents splitting. Charlotte wasn’t too concerned about the greater good of Robin’s family back then, right? Do you think that motherhood and growing up has changed Charlotte? Does she regret the timing of her affair with Robin Williams and being tagged as his mistress? Tell us your thoughts in the comments below!