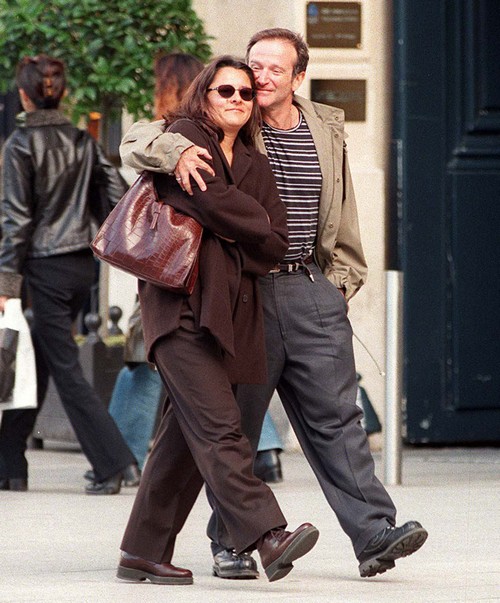 Marsha Garces, Robin Williams’ second wife first met the late star when she was hired by his wife at the time, Valerie Velardi, as a nanny for the couple’s only son Zachary Pym Williams. Already having one affair under his belt from a brief fling that began in 1984 with cocktail waitress Michelle Tish Carter, Williams began his second extramarital relationship with Marsha, his son’s nanny. Williams and Velardi divorced in 1988 and by April 1989, the actor had married Marsha, who was already several months pregnant with his child.

Daughter Zelda Rae Williams was born in 1989. They later had son Cody Alan Williams in 1991. They had a very good marriage that expanded into a professional partnership as well. Garces has producer credits on several of Robin’s films, including Jakob the Liar and Mrs. Doubtfire, and is listed as the executive producer of Path Adams. She also worked as Williams’ assistant on a few other films, and was even nominated for a Primetime Emmy for Robin Williams: Live on Broadway, in which she was listed as a producer.

According to multiple sources, the couple’s divorce, which was filed in 2008, was a result of Williams’ relapse into drinking in 2006 after 20 years of sobriety. A friend of the couple told People Magazine at the time that despite the fact that Williams entered rehab and remained sober, “the trust was broken” and the couple’s divorce became final in 2010. Their split was very amicable, as Robin always appreciated her support and loved her family.

Garces’s statement about her ex-husband’s death confirmed the love and respect the two still shared for one another after their split, and revealed how truly devastated she was about losing her former husband and father to her two children, “My heart is split wide open and scattered over the planet with all of you. Please remember the gentle, loving, generous – and yes, brilliant and funny – man that was Robin Williams. My arms are wrapped around our children as we attempt to grapple with celebrating the man we love, while dealing with this immeasurable loss.”

It is very apparent the two shared a mutual admiration for one another and had successfully raised their children and remained on good terms with one another. Given their relationship, it is too bad they hadn’t worked through their issues and stayed together.