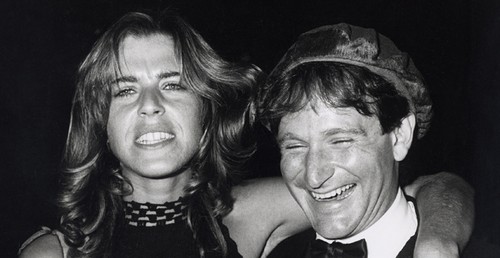 In the aftermath of the tragic suicide hanging death of beloved veteran actor and comedian Robin Williams, we continue to learn more about his past including first wife Valerie Velardi, who is also the mother of Robin’s firstborn son, Zachary Pym Williams.

While Robin Williams’ second marriage to Marsha Garces ended on more amicable terms, his first marriage did not. While Garces left Williams after he began drinking again after 20 years, his first marriage to Velardi in 1978 ended nine years later when Williams began sleeping with the live-in nanny that Velardi hired to help care for the couple’s son. The twist here…the live-in nanny was Marsha Garces!

It has been reported that Williams paid a pretty penny to both former wives in their divorce settlements, which provided loads of comedic material for him as well as sarcasm and disdain for the institution of marriage. That was, until he met and ended up marrying third wife, Susan Schneider, who he was married to at the time of his death.

Velardi has not released a public statement about Williams’ death at this point, but is likely focusing on helping son Zachary to deal with the untimely death of his father. First wife Valerie met Williams before his career took off and the two were earning a very modest living, Valerie as a restaurant server and Robin a bartender.

The couple’s son Zachary was only about 18-months old when nanny (and later Williams’ second wife) Marsha was hired. Velardi moved on after the divorce and married musician Ricky Fataar and had another child, daughter Francesca.

We will keep you posted on any comments from Velardi, 64, about her ex-husband’s death.