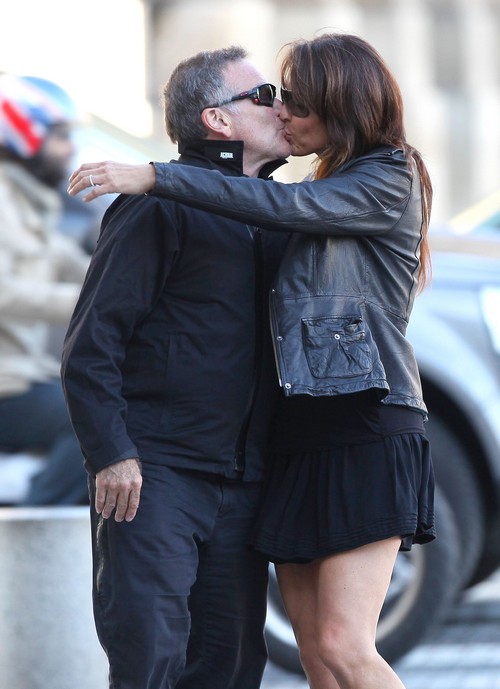 A little less than 24 hours after Robin Williams was found dead in his San Francisco Bay area home an official press conference has shed some light, cast some shadows and raised some other uncomfortable questions – surrounding the revered actors’ suicide. We already know that Robin had checked himself into a rehab facility back in July and those close to the actor have stated that he was in the deepest depression that they had ever seen him suffer through. This is noteworthy because up until recently Robin wasn’t one to hide his personal demons. We knew all about his previous battles with alcohol and cocaine and he owned up to self-medicating rather than turning to conventional medicine to quiet the flip side of his manic behavior.

Marin County’s Deputy Chief Coroner Keith Boyd confirmed this afternoon that Robin had several superficial cuts on his wrists that were made before hanging himself from his bedroom door. The actors body was found in a seated position with his shoulder applying pressure to the door. Rigormortus had set in, meaning he had been dead long before an assistant found his lifeless body and called for help at 11:55 am.

Robin was last seen alive at about 10:30 pm on Sunday, which is when his wife Susan Schneider decided to go to bed. Apparently Susan and Robin slept apart because she had no idea what time her husband decided to retire for the evening. Interestingly enough, Susan left the family home at 10:30 am Monday morning and didn’t even bother to check in on Robin – kind of strange considering that, according to well-placed sources – his depression was super serious and glaringly apparent to everyone close to him. Obviously there was no happy marriage going on with Susan Schneider when Robin Williams committed suicide. Kind of calls into question the sincerity of her super quick statement about losing her best friend and husband, right?

Boyd also tripped over his words and tipped his hand to the idea that there is indeed a suicide note that was found at the scene. He first said that he wouldn’t be discussing, “the note or a note” and refused to budge from that stance rather than stick to the original notion that had been reported, that there was no note left. We had heard rumblings in the last few months that there might have been some cracks in Robin and Susan’s marriage that were adding to Robin’s despair and the coroner’s conference at the very least leaves us with just as many questions as it has answered.

Were Robin and Susan having problems and did he fear that another divorce would completely ruin him financially? Robin had spoken in recent months of how costly his first two divorces were. Was this a man fearing a third go-round that turned to his old ways of coping – through self-medication? At the very least it sounds like Robin wasn’t exactly in sync with his wife when she didn’t even bother to check in on him before leaving yesterday morning. Do you think there is more to this story that is going to come tumbling out? If you knew that your loved one was severely depressed would you leave them to their own devices for 14 hours? Tell us your thoughts in the comments below!