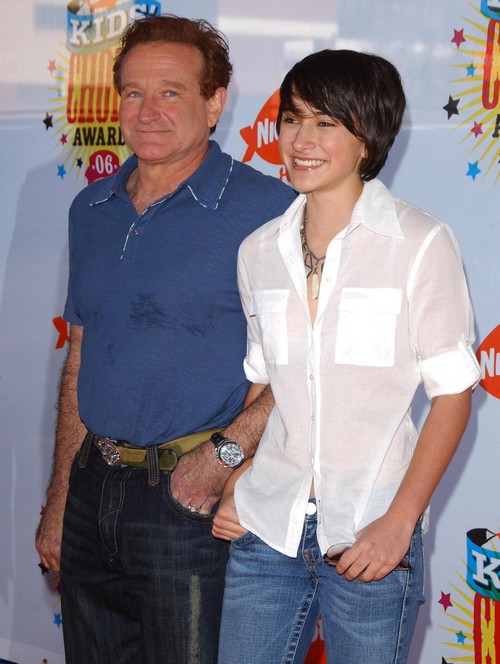 Robin Williams, 63, was pronounced dead at 12:02 PM on August 11, found in his home in Tiburon, Calif. While initial reports indicated that the coroner’s conclusion as the cause of death was suicide by asphyxia. Now, we are learning that a source close to the investigation told KTVU, a local news station, that Williams hanged himself. No word yet on who discovered the body and made the initial call to the Sheriff’s Department.

Williams had been battling severe depression recently and recently went back to rehab as what he had described as an attempt to retain his sobriety. However, we are finding more and more hints leading to the insecurities and fears the actor had that may have contributed to his depression, which was likely untreated as he seemed focused on battling his alcoholism more than anything.

In an interview with the Associated Press in 2007, after a rehab stint in 2006, Williams shared about his relapse, “I fell off the wagon after 20 years and people are like, ‘Really?’ Well, yeah. It only kicks in when you really want to change.”

KTVU shared highlights from a 1989 interview where Williams described his view of the world and fears that he attempted to suppress, “You look at the world and see how scary it can be sometimes and still try to deal with the fear. Comedy can deal with the fear and still not paralyze you or tell you that it’s going away. You say, OK, you got certain choices here, you can laugh at them and then once you’ve laughed at them and you have expunged the demon, now you can deal with them. That’s what I do when I do my act.”

Now we see that perhaps he was unable to expunge the demon of addiction and depression in his final act, his fatal goodbye.