Chelsea Handler’s Racist Jokes Land Her In Hot Water: What Does This Mean For Her Career? 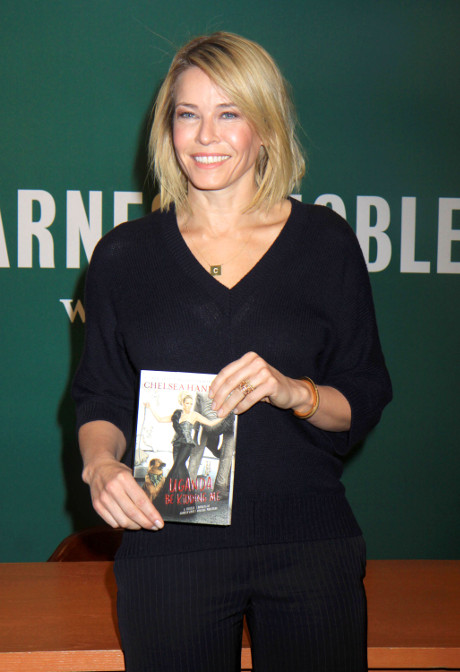 Chelsea Handler is one of those comedians who believes she’s much funnier than she actually is. During the Oscars, while working a live tweeting gig for the Huffington Post, Handler sent out a series of racist tweets. Many of them were directed at Nelson Mandela and Sydney Portier… men who have made immeasurable contributions to society and the arts. These two men have earned their places in history and do not deserved to be mocked by a bargain bin comedienne who has probably peaked in life. I have never found her funny. Loud and obnoxious, sure, but never funny.

If you want to see the tweets, Huffington Post still has them up on their feed, which I find unbelievable. I suppose they are going to go down with this ship, as they have already released a statement saying Chelsea’s views do not reflect their own. If HP felt the need to distance themselves from the tweets, why would they leave them up?

Now, we here at CDL are not pearl clutchers, and personally I enjoy off color jokes just as much as the next person; however, Chelsea crossed several lines. She mocked people whose achievements far outweigh her own, and they all just happened to be of color.

When asked about the incident, she basically pulled a Brandi Glanville and said she’s not a racist because she dates black guys. Wow, the stench of stupid is emanating from this chick in a most aggressive fashion. Here’s the thing, if the tweets were actually funny, I don’t think people would be up in arms.  However, I think the public picked up on the fact that she didn’t have any material — and one or two off color jokes were quickly perceived as racist comments, not jokes made in good humor.

Chelsea’s biggest problem, in my opinion, is that she just isn’t that funny; she doesn’t have the material to get the laughs so she relies on shock. Does anyone remember Michael Richards not being able to take heckling from a crowd and, in a fit of frustration, verbally attacked the audience? The same ghost is at work here. If Chelsea doesn’t want people to think she is a racist, then perhaps she should develop a set that doesn’t mock an entire group of people. One or two carefully constructed jokes are funny; mocking every black person in attendance at a big, important awards show is racist.

What do you guys think? Is Chelsea a racist or is she just a bad comedienne — or both? Sound off in the comments section below.