Chris Pine Secret Girlfriend – Who Is He Dating? 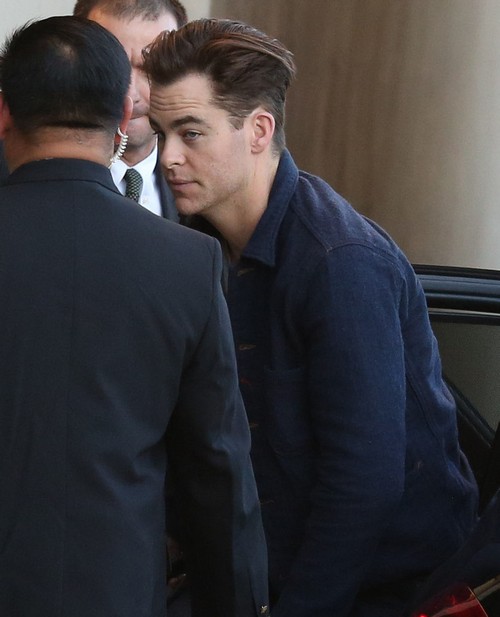 Chris Pine is reportedly single but is he dating a secret girlfriend? He was recently a guest on the Ellen DeGeneres show, and when he was asked about his relationship status, he confirmed that he was single. Now, Chris Pine’s relationship history is pretty long and varied, but he’s always gravitated towards models, actresses, and drop-dead civilians. He dated model Beau Garrett in 2009, Olivia Munn in 2009, Dominique Piek [another model] in 2011, someone named Iris Bjork Johannesdottir in 2013, and finally, was rumored to be in an on-again/off-again fling/relationship with Zoe Kravitz. One thing all these ladies have in common? People stop in the middle of the street to look at them. Another thing? Well, they all have ties to the movie or modeling industry, in some way or another.

Isn’t that always the case though? Usually, actors and models tend to run in the same circle, and so it makes sense that they would mingle and hook up with each other. Either way, sources tell us that while Chris Pine is technically ‘single’ right now, it won’t be that way for long. Some people close to his circle are claiming that he’s dating a secret girlfriend, largely because he doesn’t want it to detract from promoting the upcoming Oscar hopeful/blockbuster bonanza Into The Woods.

It usually works both ways – sometimes, having a girlfriend [especially if she’s high-profile] helps with promoting a big-budget studio film. Other times, it just detracts from promotion and makes the focus all about the relationship. In this case, Chris Pine is just a small part of a very large movie, so him having a girlfriend wouldn’t really help promotion in any significant manner.

Plus, I find it hard to believe that a guy this good looking, with such a strong career, and reasonable well-spoken, would still be single in Hollywood. The ratio of good looking guys to good looking girls is sadly tilted in the guys’ favor, so any guy with Chris’ looks would probably be snatched off the market the minute he was really ‘single’.