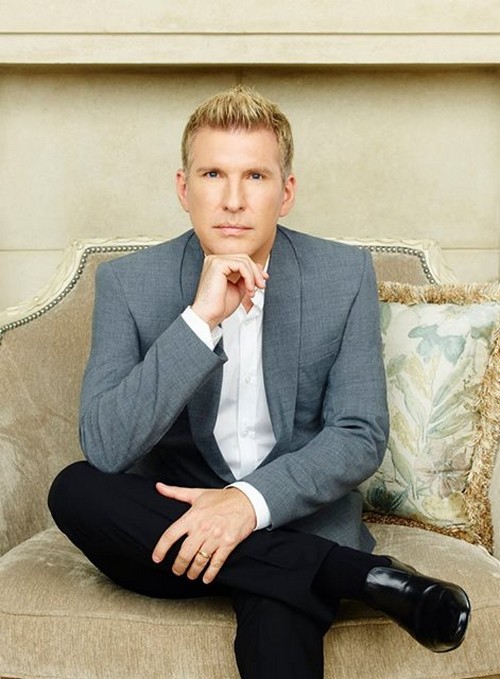 Tonight on USA Network their new reality show Chrisley Knows Best continues with an all new Tuesday December 9, season 2 episode 11 called “Houseguest From Hell,” and we have your weekly recap below.  On tonight’s episode, Julie’s pregnant pal brings chaos to the Chrisley household; Todd reaches out to Lindsie hoping to repair their relationship.

On the last episode, Todd and Julie looked for new ways to connect and put a spark back in their relationship they thought was long forgotten. Did you watch the last episode? If you missed it, we have a full and detailed recap right here for you.

On tonight’s episode as per the USA Network synopsis, “when Julie’s demanding pregnant friend visits, Todd’s home life is disrupted.”

Julie gets a call from her friend Lea. She tells Julie she’s in a pickle and says the contractors turned her water off and Julie tells her to come there but Todd shakes his head no. Todd says you don’t know people until they live with you and says they don’t even have a guest bed. She promises he won’t even know Lea is there. He bangs his head on the table. She tells her family to be nice to Lea.

Savannah complains that Lea is pregnant and will be grouchy. Todd says he loves Lea at her house, not theirs. The doorbell rings and Savannah tells her dad he needs a filter with someone else there. Chase says none of them have a filter. Chase says Lea is a female Todd. Lea asks the guys to go get her stuff. Todd complains that she’s there five minutes and is ordering him around.

She has a trunk full of stuff and Todd says – this bitch is moving in. He comes back in and tells Lea she doesn’t travel light. She says she brought some laundry she needs to do too. On another subject, Todd says he doesn’t really like Lindsie’s husband Will and says it’s hard. He’s meeting with his daughter at a swim class. Julie is excited and says this could get their relationship back on track.

Todd and Lindsie are in the pool with the kids but he says it’s not a good time to talk about their relationship. Chloe and Todd take off after the class. Todd says they have furniture arriving and says it’s a hassle to have this going on with Lea there. Lea doesn’t like where Todd put the chair and then criticizes everything.

The kids think it’s hilarious tat someone is bossing him the way he bosses them. Todd calls Lindsie and says he wants some one on one time with her – he wants to take her to lunch and she agrees. He tells her they need to talk and work out their differences. She says she thinks it’s a good idea. He tells her loves her and they end the call. Lea says she wants Chinese for dinner and says her cravings are out of control.

Todd says that’s not the only thing out of control. He asks who comes to someone’s house and demands take out. She’s ordering a ton of stuff and then Julie insists that Todd and the kids go pick up the food. Todd asks Lea for money and says it will be $225. She says she does. Todd takes Grayson, Chase and Savannah out to lunch at the Chinese restaurant when they go pick up Lea’s food. He says that will get them out of the house for 45 minutes.

They all blow spitballs at each other and Chase whines that his shirt will be stained. Julie calls and asks where they are. Todd says they’re waiting on the food and Julie asks him to add on won ton soup. Todd says that’s what’s taking so damned long – because she ordered half the restaurant. He says she’s going to call back next and ask for the painting off the wall.

They get back with the take out and Todd tells the kids not to tell Julie they sat down to eat. They come in and see takeout pizza and junk everywhere. Julie comes in and shushes him. She says Lea’s asleep on the couch. She says they ordered pizza because they were taking so long with the Chinese. Todd complains about the mess.

Lea wakes and asks what took so long. Todd says they had to rent a u-haul to bring back all her food. Julie asks if they sat down to eat and they lie but Julie knows. Lea complains about missing Mongolian beef and that the food is cold. Lea says she’s taking them to Rita’s for Italian Ice. Todd says the Atlanta Falcons couldn’t eat this much. He says he’s not doing it.

Julie tells him to go. He says he doesn’t feel good but she bullies him out of the house. Lea says she has to sit up front because she gets car sick in the back. They go to the custard place and Lea samples everything. She finally orders a one thing then changes it then orders another sample. Savannah says Lea is pushing all her dad’s buttons and buttons she didn’t even know he had.

On the way back, Lea says she may have had too much ice cream and says he husband feels weird. She says she’s ready to go home and get her PJs on and go to bed. She says she’s low maintenance. Todd and Lea start singing along to a song on the radio while Chase and Savannah quietly laugh. Todd says this is the time you have to join them if you can’t beat them.

The kids really start laughing then. Lea says she feels like she’s imposing but Julie says she’s not and tucks her into their bed. Todd comes in and is surprised to find her there. He tells Julie he sure hopes Lea is comfortable in his bed. She says he needs to get a bed for the guest room and he says it’s her fault because she’s too picky.

Lea tells Todd something doesn’t feel right and he calls for Julie. He tells her to lay down. Lea gets up and walks around but Todd tries to get her to lie down. Lea says she may throw up and Todd has a fit. She says she thinks it may just be gas because she ate too much. She tells Todd he may want to leave. Todd goes to Julie and says Lea farted. Julie collapses in laughter.

Lea tells Todd that their bed is so comfortable and asks if they slept well. He isn’t happy and just wants her to go. Lea says her hubby ends up in the guest room almost every night and Todd says with that gas, he understands. He says he’s going to meet Lindsie. She comes to meet him for lunch downtown. He says he need to bond with her. He says he wants her to bring Jackson over to play with Chloe.

He says he wants her to come and bring Jackson and go out to dinner with them. He says they can’t because she’s trying to avoid conflict. She reminds him that he hates her husband and the feeling is mutual. Todd says he never agreed to her marrying him but says he’s got to get over it. He says she’s an exceptional mother and says he doesn’t need to be right on this.

He says he has to have a relationship with her. He says as long as she’s happy with Will, that’s good enough. Todd goes home and finds Lea is still there. He’s not happy about that. He tells Julie the lunch went well and he asks Lea if she has her stuff ready. Julie says she’s staying a few more days but Todd says no. Lea says she’s going to go home and grab some more stuff then come back.

Lea tells Julie to let him off the hook and says her water is back on and she’s going home. Todd says she can come stay once a year when he’s out of town. She asks him to do something else for her and he says she’s lost her damned mind. Todd is ready to get back in his bed when Chase comes in and starts imitating Lea then Todd gets in on it.

Savannah and Grayson come in too and Todd says he just wants to go to bed. Savannah says you can only take so much of Lea and Chase says it was good birth control for him. Todd tells Julie she’s a good woman who’s hospitable then tells her she need to dial that back a little.