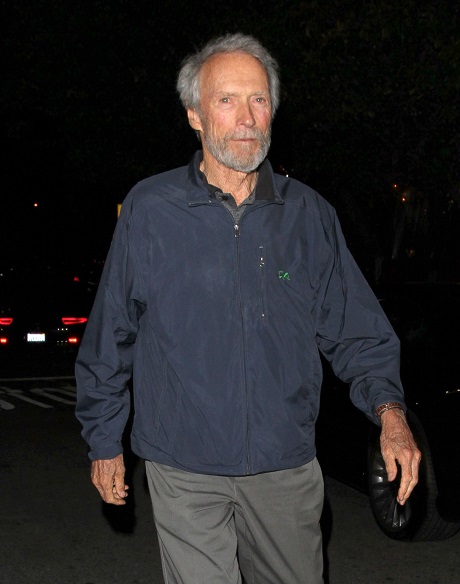 Just a few days ago we told you guys about how Clint Eastwood was tangled in a bit of a love triangle. The 84-year-old actor was bouncing back and forth between two much younger blondes. Erica Tomlinson-Fisher was the ex of the man who Dina Ruiz (Clint’s almost ex wife) is now dating and it seemed like a spite move when she magically moved into the actor’s mansion. Erica dug in her heels and seemed to think that she was on track to become the next Mrs. but it seems like Dirty Harry had other ideas.

Back in January, Clint started dating a hostess who works at his hotel on the side. Christina Sandera must have made quite the lasting impression because she has gone from being the side-side chick to Clint’s main squeeze. According to Page Six, Sandera is now living with Clint in the Malibu home that he had originally shared with Dina. Not only that but his kids have met her and supposedly like her!

That leaves just one question: What happened to Erica? I have to think that she was probably given her walking papers a while back and was forced to leave the mansion. Otherwise it means that Erica, Clint, and Christina are living together and I just can’t imagine — after months of fighting for him — that these two would agree to share the actor.

Do you think that Sandera loves Clint or is she in love with his bank account just a little bit more? How long do you think that this relationship is going to last — and does it even really matter?