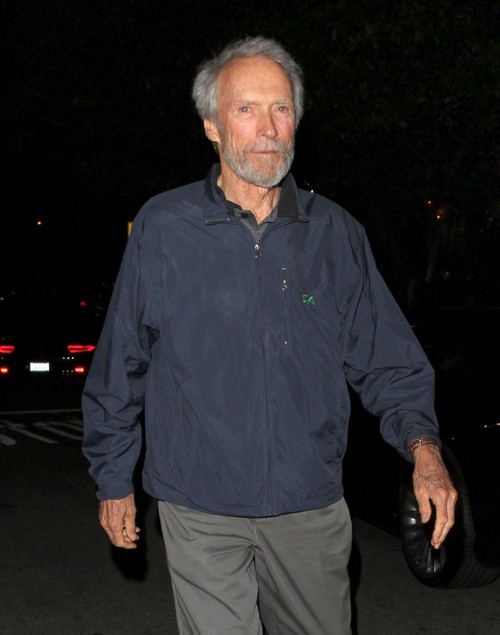 Age sure hasn’t slowed Clint Eastwood down one bit in the romance department. His split from wife of 17-years, Dina Ruiz was barely official when Clint was spotted with Erica Tomlinson-Fisher who just so happened to be the ex-wife of Dina’s high school sweetheart. We figured it was a tit-for-tat kind of move but apparently Erica believed that she had the inside track to becoming the next Mrs. Eastwood once Clint’s divorce from Dina is a done deal. Ironically Erica was nearly homeless and definitely jobless when Clint moved her into his million dollar home. The problem is that within a few months Clint was rumored to be seeing another woman, Christina Sandera who works at the actors’ Mission Ranch Hotel.

Christina seemed to be the side chick, at least until recently. Now according to the June 23rd print edition of The National Enquirer Clint has pulled her out of the shadows and is taking her out in public to do normal couple type things, like shop. Erica is said to be absolutely livid and she has no intention of going anywhere willingly. She is instead digging in her heels and fighting to stay in Clint’s home but realizes’ that Christina is starting to become more important by the day.

What’s ironic is that this battle isn’t really over the 84-year old actor at all and he knows it. It’s totally about the lifestyle that he can afford them. Clint has been Erica’s walking ATM for many months and she doesn’t want to give that up. I’m also pretty sure that Christina would prefer not to be a hostess for the rest of her life. Do you think that Clint really cares about the gold diggers surrounding him? Or is this just a great bit of fun for an old guy? Tell us your thoughts in the comments below!