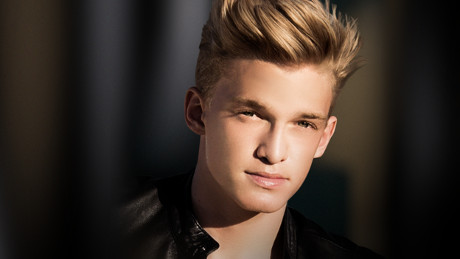 Before the new season of Dancing with the Stars premieres, we want to take a moment to introduce you to Cody Simpson, who’ll be partnering up with Witney Carson. DWTS is gearing up for another season of hot ballroom dancing and super-sizzle-sexy flare and will feature some great celebrity dancers. If you missed the announcement, please click here for the full roster of DWTS season 18 cast members. Continue reading for a bit more information on Cody!

“With over 6.4 million Twitter followers, over 6.7 million Facebook likes and nearly 200 million YouTube views, 17-year-old pop star Cody Simpson has taken the world by storm. Simpson recently released “The Acoustic Sessions” EP that followed the release of his sophomore album, 2013’s “Surfers Paradise” that debuted top 10 on the Billboard 200 chart and features the Top 40 hit single “Pretty Brown Eyes.” He recently wrapped his sold out US and Canadian Acoustic Sessions Tour and had previously been touring with Justin Bieber on Bieber’s Believe Tour. In 2013, Simpson released his first book, Welcome To Paradise: My Journey published by HarperCollins.”