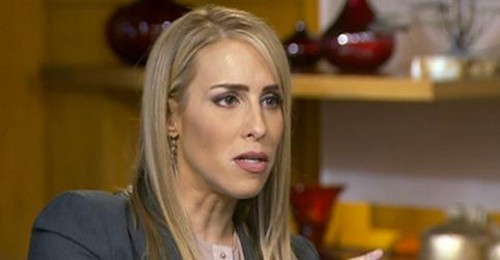 Tonight on VH1 Couples Therapy returns with an all new Wednesday October 1, season 5 episode 4 called, “Called Out.” On tonight’s episode Dr. Jenn holds a group session to reprimand both Nikki and Jenna for not committing to the process. Meanwhile, Evel and Stephanie clash over sharing a secret with the group.

On last week’s episode trust in the age of social media; Nikki and Dr. Jenn had an altercation. Juan Pablo admitted that social media got him in trouble, he forgot to tell Nikki that he was going to Vegas and she found out on Twitter. So, Nikki freaked out, and Juan Pablo told her she wasn’t allowed to come to Vegas with him. Dr. Jenn pointed out that he couldn’t be dismissive of her and not include her on his trips, because he is just forcing them to live two separate lives. Did you watch the last episode? If you missed it we have a full and detailed recap, right here for you.

On tonight’s episode Dr. Jenn is upset that Nikki and Jenna are not taking this seriously and that they’re not fully committed to the process. Evel will also reveal why he left Big Brother.

Tonight’s episode is going to be another drama packed one, which you won’t want to miss. So be sure to tune in for our live coverage of VH1′s Couple’s Therapy Season 5 Episode 4 at 9PM EST! While you wait for our recap, hit the comments and let us know how excited you are about this new season.

RECAP: Dr. Jenn calls an emergency group meeting calling out Nikki for using the cameras as an excuse for her lack of progress, and Jenna for disrespecting the system and the producers, thereby disrespecting the therapeutic process.

“Please understand that when you encourage them to tell the cameras to fuck off, it hurts their ability to do the work that needs to be done here.”

“You have to be braver than this,” the doctor tells Nikki.
Nikki says it’s hard: “I think I just want to protect it, she says.
“But all the things you’re doing to protect it, you’re hurting it,” the doctor says.
Nikki talks about the pressure to share their relationship with the media. But the doctor adds that the other half of the problem is Nikki’s inability to lose control and let Juan Pablo in.
Nikki also talks about how she feels like she still feels that she is competing for his affections as she had in The Bachelor. Nikki admits that she is using the cameras as an excuse, but is embarrassed that her vulnerability has been revealed.

Jenna is furious about being called out by the doctor at the emergency meeting, and complains to John.
“There is no way I can let that beast treat me this way,” she says.
She breaks down in tears, saying “I hate yelling.”
John comforts her, trying to tell her to let it go but she refuses.
“Just remember, we’re here for one thing, and that’s to improve us,” he says.

The doctor checks in with Jenna to talk about the situation. “I’m not feeling safe,” she tells her. She talks about how it reminds her of her history of abuse from her father, who yelled at her, and how she said what she did because she relates to Nikki and cares about her. The doctor tells her that although her methods may not always be the most traditional, she is always trying to help and they can come to her whenever. Jenna still thinks she is wrong in the situation and is annoyed with how the doctor always thinks she’s right.

Nikki walks in as Deena and others discuss Nikki’s apparent hypocrisy in complaining about the cameras to mask her insecurity. Everyone is skeptical about Nikki’s claims that she didn’t want any attention from The Bachelor, just perks like the travel. They confront her and Nikki talks about how she hates that people think they know what she’s like after seeing her on TV. She wants people to leave her alone because approaching her is rude. Deena feels that she isn’t happy with the “opportunity of a lifetime” she has been given. Nikki snaps at her, and gets defensive. Nikki again emphasizes that people are going to see everything that goes on on the show, and Deena says again she should have known that when she went on TV to begin with.

Nikki starts asking Steph about the status of her relationship asking her questions like ‘do you two think you’ll be together ever again?’ Steph is tense as she contemplates revealing her and Dick’s secret.

When John and Jenna wake up, Jenna is already visibly upset. She tells John that she feels things between them are getting worse, not better. She talks about how he has a great time hanging out with the guys and she is getting yelled at. She thinks he should be more supportive, but John is baffled at how he was supposed to know she was still upset. Nevertheless, he tells her he will be more sensitive to her needs.

Steph doesn’t want Dick to reveal their secret. She doesn’t mind the people in therapy knowing, but not the whole world. Meanwhile, he wants to get it over with and would rather talk about it now. “Finding out that this is what he wanted to do, the whole thing just didn’t sit well with me,” she says. “I’m very nervous he’s going to tell everyone.”

The doctor meets with Stephanie to talk more about the issues between her and Dick. Steph reveals that their relationship started out fun, but once they moved in, the differences between them became more apparent. She also can’t handle how extreme he is. The doctor senses there is something she wants to talk about off-camera. The issue is one that concerns Dick that affects their relationship personally, so it needs to be resolved before they can progress.

In the middle of the night, Dick tells Steph he is sick of the lie and sick of hiding the secret. He has been struggling with it for so many years, he just wants to talk to somebody and let it out. He meets Dr. Jenn to get it off his chest. He reveals that the reason he left Big Brother 13 was that he found out he was HIV positive during tests given for the show. “I was just crushed,” he says, and talks about how devastated he was at the idea of Stephanie being affected. She was tested and clean, but they haven’t had sex since he was diagnosed. “I think I stayed in the relationship longer because I thought this is more than likely the last relationship I’ll ever be in,” he says. He thinks the contracted the HIV from a stripper in Las Vegas, but not during the relationship. He talks about how Stephanie is worried how the revelation will make her look, despite her having tested negative because of the stigma surrounding it. The doctor points out that their disagreement on whether the secret should even be out is itself an issue in their relationship, and tells him she needs to know he talked to her about this.

Dick feels a big weight has been lifted from him now that he’s let out his secret, but now he’s facing telling Steph that he’s going public with it.

Nikki realizes she needs to forget about the cameras and talk about her issues in front of the cameras. She talks about how she and Juan Pablo need to live in the same city for the relationship to work. They argue about moving, and Juan Pablo is annoyed she never brought this issue up before. He brings up how he left her daughter for her, and she says “Then don’t.” Nikki starts crying about how she doesn’t get anything in the relationship and he just wants to wig it instead of having a concrete plan.