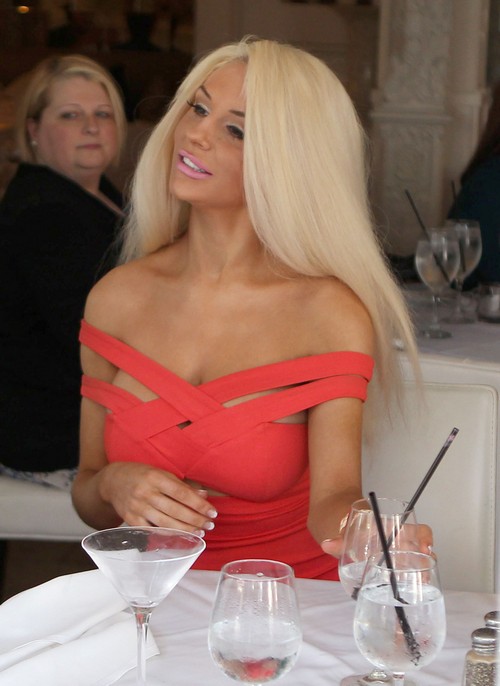 Courtney Stodden is back together with that disgusting ex-husband of hers, Doug Hutchison. She was spotted hiking with him yesterday, although it’s not clear why exactly she decided to go back to the crypt keeper when it seemed like she was free of him forever.

Courtney and Doug announced their separation recently, and Courtney publicized the fact that she was going to move on from him and start living an independent life. There were even rumors that she would be getting her own dating reality show, even though that never came to pass. Perhaps she went back to him because her other plans didn’t come to fruition?

After all, the guy married Courtney when she was just sixteen years old. That’s the prime age for brainwashing, and it’s obvious that Doug managed to mess with Courtney’s head. She became so reliant on the marriage and their relationship that she was never fully able to look past it, and her life became all about Doug. Because of the attention and fame that the couple was getting, Courtney didn’t see fit to grow out of that phase until recently.

Of course, she finally started reaching some level of emotional maturity, and that’s probably why she dumped Doug. However, now that she’s being seen with him again, it’s possible that they’re discussing a reconciliation.

Then again, the pictures of them hiking together also show them fighting with each other, so let’s hope that Courtney’s just telling him off. Let’s also hope that she never, ever, ever wants to see him again because it will be truly tragic if they get back together.