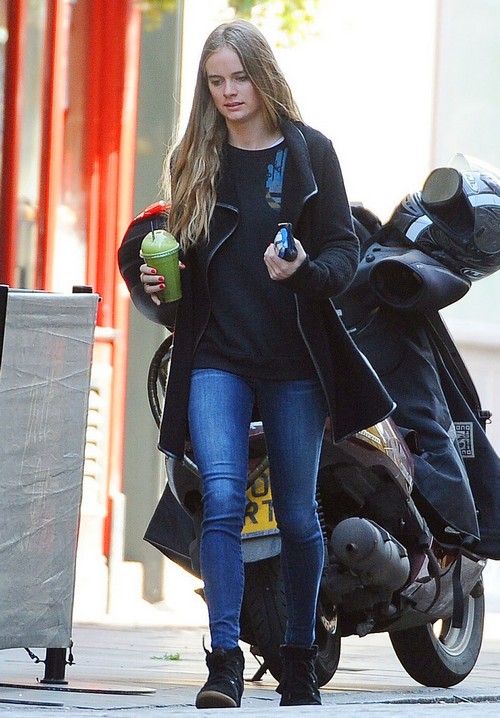 There has been an awful lot of buzz in recent weeks about Prince Harry’s romance with Cressida Bonas and royal watcher’s are insisting that the duo is alter-bound sometime next year. Cressida has pretty much moved herself into Harry’s Kensington Palace apartment and the two have been seen together in public a bit more often now as well. As of now, Cressida has been invited to be formally introduced to Queen Elizabeth later this summer during her annual trip to Balmoral in Scotland.

While the royal family has taken steps to become a bit more modern some of those old traditions still stick and one huge one which is sacrosanct is that the Queen must give her blessing before a royal can marry. Without Elizabeth’s blessing of the marriage then instead of Cressida being welcomed into the family Harry would be disinherited and tossed out. It is customary for formal introductions to take place in late summer in Scotland so this invite that Cressida has received is of huge importance.

As Kate Middleton has drawn raves for how stunning she looks and how well-dressed she is, Cressida is raising some eyebrows of her own, but for opposite reasons. Kate is right now impressing everyone who’s looking, and that is everyone, with her grace, beauty, elegance, charm and downright brilliance representing Elizabeth and the British Crown on the Royal Tour down under. Elizabeth and William can’t believe their good luck with Kate.  Cressida, not so much – she was spotted out and about yesterday in a sweatshirt and sneakers looking like a bit of a bum and it’s moments like these that she already can’t afford to have. Cressida has no doubt already been advised to start to amp up her appearance so that she doesn’t simply look as though she is playing dress up when she finally meets Elizabeth.

We have seen Kate also out wearing leggings and sneakers but the reaction has been quite a bit different. When The Duchess of Cambridge dresses down it makes the royal watchers feel like she is a bit more relatable so why do you think it is that Cressida isn’t received the same way? Is it a sign of things to come for her? Will Cressda ever be fully accepted into the family? Tell us your thoughts in the comments below!

Cressida Bonas, Prince Harry’s girlfriend, enjoys a smoothie as she takes the London Underground while out in London, England on April 16.