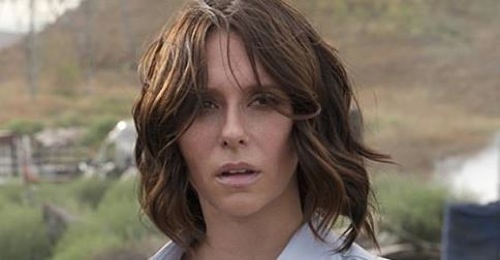 Tonight on CBS Criminal Minds starring Thomas Gibson returns with an all new Wednesday October 15, season 10 episode 3 called “A Thousand Suns.” On tonight’s episode, the BAU team investigate the crash of a passenger jet in Colorado and build a profile around the suspicious circumstances. Meanwhile, the case reminds Kate of a family tragedy.

On the last episode, a series of abductions and murders in Seattle sent the BAU seeking an UnSub who was abused in the past and was out for revenge. Meanwhile, Garcia headed to Texas to confront the man she shot while defending Reid and herself, as he waited on Death Row. Did you watch last week’s episode? If you missed it we have a full and detailed recap right here for you.

On tonight’s episode when a passenger jet crashes in Colorado, the BAU team is called to build a profile around the suspicious circumstances. Also, the case hits close to home for Kate, who is reminded of a family tragedy.

A horrible plane crash requires assistance from the BAU on tonight’s episode of Criminal Minds. It seems events surrounding why the plane crashed is a tad suspicious. A witness claims they saw a white streak in the sky prior to the plane being brought down. So it could have possibly have been a missile. And while the team typically deals with serial killers – they’ve been brought onto a case and asked to create a profile.

The plane went down over Colorado so some of the team members didn’t even make into the office before they were on a plane heading to the crash site.

Initial Reports had said there was no survivors however that was later proven to be wrong. A first officer managed to miraculously survive the crash. But, because of his injuries, he wasn’t exactly up for questioning right away. So the team had to deal with the crash first. And as it turns out, just being down there at the scene brought back a lot of unhappy memories for Kate.
Her sister and brother-in-law both died during the 9/11 attacks. She adopted their daughter and even moved into their house afterwards. Yet plane crashes remain a sore subject for her.

Meanwhile the witness that saw the flash of light then went on to say he knew who was behind the crash. At first the witness came off as another crackpot but his warning about militarized men roaming the woods had some truth in it. There are men using the densely populated area as a way to hide what they’re really doing.

And thankfully Hotch didn’t dismiss the warnings. He had Garcia look into the neighboring area and she found a doomsday freaks with one of them having a military background. Though those guys didn’t have the means to take down a plane.

Sure, they carried missiles but the missiles were old. It originally belonged to the Soviet Union during the cold war. Hence the doomsday people weren’t their guys.

But Reid, who had looked at the plane in-depth, found out the crash could only ever have happened if something had gone wrong internally. There was never an outside force or a missile to take it down. The plane simply crashed and it was either pilot’s error or a whole other form of terrorism. And seeing as there was no signs of a hijacking – it started to look like one of the pilots had crashed the plane intentionally.

The first officer that lived said something had gone wrong in the cockpit. Though he can’t recall all the little details because his memory has been sketchy since the accident.

Luckily, he and the pilot that had passed away were later cleared of any wrongdoing when a recording revealed all the systems started to shut down on their own without the pilots’ knowledge. The plane was actually hacked. Someone had taken over control and made it crash.

So the team demanded the FAA ground all planes. The FAA didn’t believe a hacker could do something like that but evidence started to pile on. One of the victims in the crash received a bizarre message prior to her death. It was, in truth, an Oppenheimer quote yet that gave the team insight into their killer.

The victim, Christina, had recently posted on her Facebook page about a blind date of hers that happened nearly a decade ago. The guy was so creepy that she called it the worst date of her life. So Garcia looked into this date and the guy involved had immediately dropped off the grid right afterwards.

It seems she was his catalyst and Oppenheimer was his inspiration. The UnSub was Hayman Vasher and he has experience with planes but somewhere along the way he felt his genius wasn’t properly recognized. And that’s when he decided to create his own version of the Atomic bomb.

The plane that crashed was a test run but his real mission was to crash a plane in D.C. Hence the team had to hunt for him before he could carry out his grand plan. Because the military wasn’t going allowed another plane to crash so close to its government officials. Once they learned which plane Vasher was going to use – the military had orders to shoot it down.

That’s why when Hotch found their culprit – he couldn’t take any chances. He shot to kill and that action saved hundreds of people both at the time and possibly in the future.

But now the FAA knows their planes aren’t safe and there is no going back after learning that!