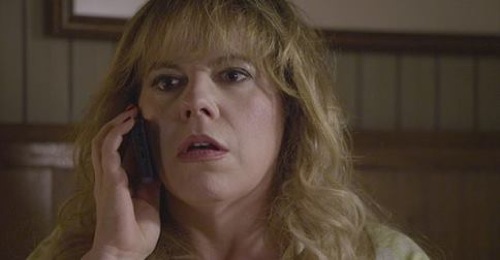 Tonight on CBS Criminal Minds starring Thomas Gibson returns with an all new Wednesday October 8, season 10 episode 2 called “Burn.” On tonight’s episode, a series of abductions and murders in Seattle are investigated. The suspect is believed to be seeking revenge for having been abused in the past. Meanwhile, Garcia travels to Texas to confront the man she shot while defending Reid and herself, as the condemned man waits on death row.

On the last episode, the BAU team investigated a series of murders in Bakersfield, Calif., which had left the victims unidentifiable. Also, the team welcomed new agent Kate Callahan into the BAU fold, who assisted them in their efforts in solving the cases. Did you watch last week’s episode? If you missed it we have a full and detailed recap right here for you.

On tonight’s episode a series of abductions and murders in Seattle send the BAU seeking an UnSub who was abused in the past and is out for revenge. Meanwhile, Garcia heads to Texas to confront the man she shot while defending Reid and herself, as he waits on Death Row.

Tonight’s episode looks like it is going it going to be great and you won’t want to miss it, so be sure to tune in for our live coverage of CBS’s Criminal Minds at 9:00 PM EST! While you wait for our recap hit the comments and let us know how excited you are about the new season?

Garcia is mostly out of commission on the team’s most recent case. Lately she’s been fighting off nightmares about the man she attacked in order to save Reid. And she feels like she owes him something for the measures she had to take that day i.e. shooting him. So she’s going down to Texas to see him. He’s been on death row since the incident and for some reason she thought he shouldn’t die alone.

Meanwhile Lynch has had to step in with Garcia gone but not everyone feels like what she’s doing is perfectly sane. Morgan for one thinks her “connection” with a perp is at best worrisome.

Plus the team needs all the help they can get with their Unsub. Their killer keeps changing his MO. He hit a victim with a car, he strangled another victim, and the last victim was drowned. However Reid found out he weren’t even working with correct number of victims. The team thought their Unsub had only killed three and yet Reid noticed the killer had marked his kills in roman numerals. So there are two other bodies out there that are uncounted for which bring the number of the victims up to five.

Although the body count keeps on rising. The Unsub is killing paternal figures in young boys’ lives. It’s been described that he was most likely abused by his own father so this is his way of taking out all of his pent up anger.

But with another body showing signs of being killed differently, the team still couldn’t figure out what their Unsub was doing. Then in a moment of genius (again for Reid) it all became clear. Their killer was recreating Dante’s 9 circles of hell. He felt these men needed to be punish for their actions which in most cases was mostly being a strict parents so he’s recreating hell on earth for them. And to do that he had to kill them in the worst way possible!

As for Garcia, she went down to Texas and the guy didn’t even want to see her. He actually refused her admittance and so she wasn’t allowed past the security door at the prison. Yet the most shocking thing about that failed visit was how disappointed she was. She honestly thought he would want to see her.

It’s not explainable but Reid understands where she’s coming from. He was like that too. He wanted to know everything he could about the man that nearly killed him. And he finally was able to get over it once he remembered the man’s other victims.

Garcia couldn’t come to that realization on her own. So she kept pursuing a man on death row until he relented and agreed to a meeting with her. And the meeting wasn’t what she wanted. He didn’t want her apologies for shooting him. Nor did he care that she wrote to the governor about suspending his sentence. He merely agreed to see her because no one else wanted to see him. He no longer had a family or friends but more importantly he allowed Garcia to visit so that he could tell if she was there for him or if all of this was done simply so she could feel better about herself.

If she was going to be at the execution then he wanted his last moments on earth to rightfully be about him instead of trying to make someone feel better. It’s not like he and Garcia were friends. So Garcia had to suck it up and let go of her pity party. This was someone else’s story and they’re willing to face the consequences for what they did. Hence when Garcia did go through with attending the execution – she knew what the score was and her presence mange to comfort someone who needed to believe the next part wasn’t going to be scary.

The rest of the team hunt for their killer was assisted when they found an affiliate of Justin’s. Justin had grown up with an older brother. Yet when their father became abusive later on in life the older man would mostly target the brother. And that led to brother committing suicide.

Justin’s father died a couple of months ago and that’s what sent him off. He always blamed his father for his brother’s death and he needed to take that out on someone so he used random men as his scapegoat. And to make matters worse – he would take these men to his father’s old house and kill them all the while imagining he was killing his father. That’s how far he was in his delusion.

The team stopped him before he could kill again and the save what would have been another victims of his. Though nothing they’re going to say is ever going to help Justin. Justin didn’t complete the 9 circles and he was so fixated (he and his brother used to read the book together) on the idea that when he failed it was liking failing to protect his brother all over again.

Garcia got see for herself that sometimes a killer didn’t always have to end that way. And maybe she was right to feel sympathetic for people with crappy childhoods!