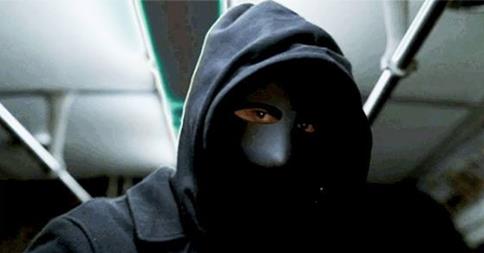 Tonight on CBS Criminal Minds starring Thomas Gibson continues with an all new Wednesday October 22, season 10 episode 4 called “The Itch.” On tonight’s episode, a series of mysterious deaths in Atlanta are investigated. The probe reveals the murders were likely committed by an UnSub with an obsessive skin disorder.

On the last episode, when a passenger jet crashed in Colorado, the BAU team was called to build a profile around the suspicious circumstances. Also, the case hit close to home for Kate, who was reminded of a family tragedy. Did you watch last week’s episode? If you missed it we have a full and detailed recap right here for you.

On tonight’s episode when a body is discovered in Atlanta covered in scratches, the BAU finds that this death and subsequent murders could be linked to an UnSub with an obsessive skin disorder.

A perfectly sane journalist went out one day to chase a lead and after disappearing for three days – he pops up alive but mentally unhinged. And, truthfully he wasn’t alive for that long afterwards.

On tonight’s episode of Criminal Minds, the team tries to figure out what set off their victim and ultimately made him kill himself. Looking the victim’s background, there was no red flags or for that matter anything that appeared wrong with Stillman’s mentality prior to his disappearance. Yet he was spotted having an episode in the middle of the street. And before he was killed by an oncoming car – he kept shouting (to no one in particular) “get them off me”.

And, sadly, witnesses at the crime scene can’t recall seeing a thing on him.

So the team found themselves on a plane heading to Atlanta. They needed to assess the situation in person because it’s truly unlike any other case they’ve ever had. However the team was barely on the ground before their Unsub struck again.

Their killer is sick. He believes something to be wrong with him and so he’s sought out help for his condition. But no one seems to believe him seeing as he claims there’s actual bugs in his body. So he gets angry at everyone who keeps telling him it’s all in his head. Even though it’s technically is all in his head!

Hence the Unsub targets everyone who’s failed to help him. Like Stillman who was an investigative journalist. And his latest victim, Dr. Surrey, who never spotted a thing in the Unsub’s bloodwork. Reid was able to come up with all that after he profiled their killer once he found evidence of the Unsub’s condition on the second victim’s body.

Unfortunately, the evidence was a still alive bug squirming inside one of Dr. Surrey’s nostrils!

Leo, the Unsub, douses his victims in live bugs. He does this so that they could feel what it’s like to live with his condition. He usually leaves them in there until they break. But he didn’t do that with Surrey because Surrey didn’t scratch as much as Stillman or Leo would have. Surrey was able to fight the urge.

So the bug thing isn’t Leo’s only flaw. He’s also a bit of a sadist. He likes to hurt people. And later when he met a girl at a peer group counseling who had the same bug thing as he did – he flirted by asking to see her bugs. And that was only possible after he stabbed her to get a blood sample.

It was small wound and she proceeded to quickly bandage it up once Leo got a sample. But why didn’t Leo just use one of the many syringes he had back at his place? After all he’s been taking blood samples from himself for months now.

Luckily, there weren’t a lot of peer groups for Leo’s condition within the surrounding area so they were able to find out who he was fairly quickly. The woman who ran it, Lisa, hadn’t trusted Leo from the beginning. She found him to be too off the hinge for her well-being. So she told the feds all about him.

And in return for helping them, Leo eventually kidnapped her. Leo believes his condition to be part of a government conspiracy. So when he caught Lisa colluding with the enemy – he assumed she was in on “it”. Whatever “it” maybe.

Leo had shingles when he was young so he was given a vaccine to numb his arm. Yet when his brain started to send feeling back in his arm – it made him start scratching. And that’s why he thinks someone implanted bugs into him.

But there was a cure the doctors never got a chance to try on him. And, as it turns out, all Leo needed was a mirror. When the team found Leo torturing Lisa, they got him to let down his guard by showing him a mirror of his arm. From the mirror, Leo could see for himself that there wasn’t anything living in there.

Yet a part of him still just thought the feds were tricking him so Rossi knocked him out. Thereby ensuring Lisa was safe.

Leo will probably be institutionalized rather than face real prison time. But that girlfriend of his is still caught up in her delusion. Because of Leo, she truly believes the government is after her!

So she could, one day, be as dangerous as Leo!