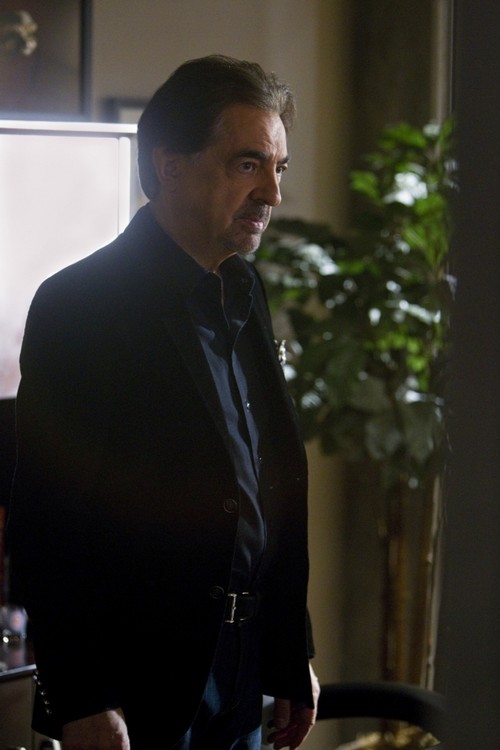 Tonight on CBS CRIMINAL MINDS continues with another new episode called,“Rabid.”  On tonight’s season 9 episode 18 Three bodies are found in a shallow grave near Milwaukee. The investigation reveals that the victims are all covered in animal and human bite marks.  Did you watch last week’s episode?  If you want to catch up before tonight’s new episode, we have a full and detailed recap, right here.

On last week’s episode mysterious drowning deaths discovered in the Las Vegas desert had the BAU trying to figure out the true cause and motive for the murders.

On tonight’s episode When three bodies are found with animal and human bite marks in a shallow grave near Milwaukee, the BAU has puzzling questions to answer. Meanwhile, Reid and Garcia work out for a company fitness test, but try to hide their preparation from Morgan.

Garcia and Reid were attempting to exorcise when they received a call from the office – they got a case. A serial killer’s burial ground was recently found in the park. Three victims were unearthed. There were the remains of one female and two guys so at least they know their killer doesn’t have bias towards gender.

What else do they know so early in the game? The team realized that this killer is killing someone new every month and that he tends to keeps his victims as hostages for a while. But what the team doesn’t know is that he recently picked up another victim. It was just some guy named Russell walking home who appeared to be very generous. He helped an attractive woman with her groceries and then he later tried to give his banana to a homeless man.

How was he supposed to know that the homeless man was sociopathic killer who wasn’t using other people’s misfortune as a disguise? The mystery man stun gunned Russell and when he woke up he found himself in a cage.

Not only does the killer not have racial preference but the Team soon realized their killer has cannibalistic tendencies. They were several bite marks on the victims stemming from both human and animal attacks. Now the team thinks it’s the killer that’s feeding on his victims when he’s actually doing no such thing. He just likes to watch his human “pet” feed on his victims. It’s entertaining for him and that’s why he records it.

But who is this cannibal? Did she start out as one his victims because it looked he was trying to feed his recent capture pieces of human flesh.

It was Reid that finally figured out what their killer was doing. The killer wanted to spread rabies and was using his victims to do so. The first victim was bitten by a rabid animal and once he became infected – the killer set him loose on the next victim. And so on and so on until the victims die from the virus.

He’s chosen such a method because the killer likes to watch the disease takes it toll. He loves to watch as they deteriorate and slowly stop resembling anything human like. The killer was identified as being a Caucasian in mid 20s to early 30s. He has enough experience with the disease that the team believes that he lost either a pet or possibly a loved one to it.

And after looking into that scenario they found the killer lost a brother to rabies. His name is David and years ago when he was more than impressionable child his brother got infected. There was nothing the doctors could do for the kid so his parents took him home to die. And like the sadist he grew up to be; David recorded his brother dying.

He even went as far to take pictures of the before and after. But unlike his parents he found enjoyment in. The older couple eventually euthanized their son to end their and his suffering while David grew up to take a job in pest control just so he can keep watching.

At the kennel he’s using to house his victims, the female that was already deep in her infection found a way to escape. She broke a window and made it into the outside world. Yet she was so out of it by then that she couldn’t warn anyone or ask for help. She just ended up frightening pedestrians.

The team received a call about her on the rampage. When they arrived she was too far gone to listen to reason and Morgan had to shoot her. It was only minor injury although it would have been best if he had actually killed her. There’s nothing the doctors can do at this but to try and make her last days comfortable.

Her escape allowed Garcia to take a close look at the area. There was an Animal Control center going up for sale and currently sitting vacant in the meantime. The team quickly organized a task force to rescue anyone else they can and catch their Unsub.

But their killer did take a precaution. David left several animals in their cages knowing that they’ll bark if they see anyone. The only reason his alarm system didn’t work this time was because he was too busy forcing fighting Russell back into submission.

So they caught David unaware and Morgan made a run for him after he tried to flee. David was fighting him off and using his stun again but neither could match a gun. Reid tackled David to the ground and pulled a gun on him.

Though the team couldn’t save the victim that went rabid, they were able save David’s other victim’s life. The affable young man from earlier received treatment in time and Russell thanked the team for saving his life.

As for that whole exercising business that Reid and Garcia were doing – they wanted to get shape for the agency’s fitness test but Morgan already had that waived for them when he decided to help them practice. Where was the gratitude for Reid? Garcia was understandable yet Reid did just save his life from David!