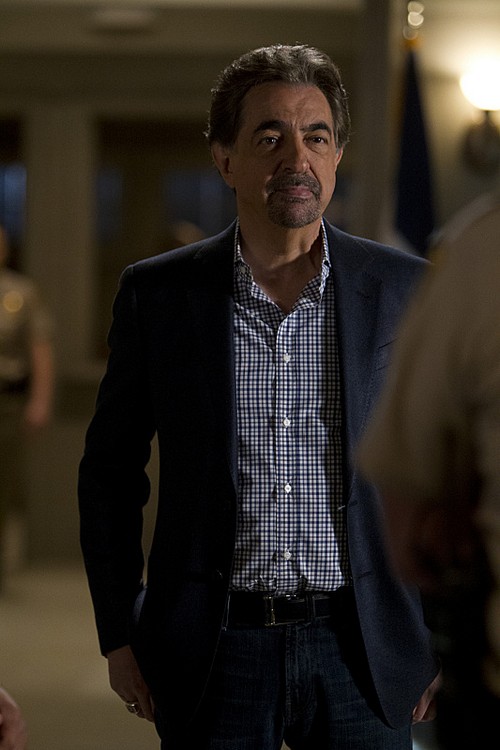 CRIMINAL MINDS returns to CBS tonight for another great episode. In “Angel,” Part 1 of 2 of the 9th season finale, prostitutes are murdered in Texas and the investigation suggests the killings have religious overtones. But as the BAU delve further into the case; their lives are put at risk.

On last week’s episode when victims were found dead from arsenic poisoning in Long Beach, Calif., handwritten death threats and other clues had the BAU looking for an UnSub fascinated with Greek mythology. Bruce Baumgartner guest starred as shipyard worker Bill Harding.  Did you watch last week’s episode?  If you missed it we have a full and detailed recap, right here for you.

On tonight’s episode When the BAU is called to Texas to consult on the murders of prostitutes, evidence points to killings with religious overtones. But as they delve further into the investigation, the team could put their lives at risk.  sai Morales Returns as BAU Section Chief Mateo Cruz.  Guest Stars Include Michael Trucco as Owen McGregor and Brett Cullen as Preacher Mills

When prostitutes are murdered in Texas, their deaths seem to have religious overtones; members of the team are put at risk throughout the course of the investigation.

Tonight’s episode begins with a prostitute crying in the back seat of a truck. She is pleaded for her life as she is unable to escape. Her hands are tied behind her back. The truck keeps moving. After a few minutes, the driver stops and opens the door. The prostitutes head falls out as she was leaning on it. She tries to make a break for it and crawl to safety as she partially gets away from him, but he is behind her with a gun and ends up shooting her.

Meanwhile, Blake and Reid are talking as they exit the elevator to join the team as they are listening intently to a story being told by JJ. Just then Matt Cruz and Hotch are walking to the conference room and look pretty serious. Cruz shares the case of Abigail Jones, the prostitute who was killed. He shares that her lifeless body was found in a dumpster in Texas the night before. He goes on to share an additional case where the killer left similar etchings in his victim’s skin and she was left in the same position as Abigail. Then another victim, a male, is profiled as customer who used a prostitute, so the case is already baffling.

The prostitutes at Joe’s Bar are discussing what happened to Abigail, and they all look frightening. As Dinah tends the bar, she pauses to tell the girls that Abigail always did her own thing, implying she did something to get herself into the trouble and that they should not be worried. They agree to get to work, though are still very concerned as they walk off into the night. The truck slowly drives up behind them and puts his headlights on, but the girls keep walking and think nothing strange of it.

The team flies into Texas and Hotch and JJ head right to the police department. The Sheriff is expecting them and happy that they are there to help. Just as Sheriff Coleman is going over the information they already have, they are interrupted by Deputy Lorenzana who informs them that Abigail’s sister has been waiting to speak with them.

During this time, Morgan, Reid and Bennett are back at the bar asking questions of customers and showing photos of the victims. They notice one of the prostitutes, Tabitha, who was very shaken up by everything, sitting alone with her head down. Morgan approaches her after she quietly says “Mac the Knife.” At first she remains in her trance-like position, and doesn’t answer questions, but then finally agrees to take Morgan’s card.

Blake and Rossi are in the morgue and trying to get some questions answered as they look over the body. They come to some conclusions about what happened the night Abigail was murdered.

Meanwhile, back at the station Preacher Mills comes to share what he thinks may be helpful to the case. He talks about a man named Lucas who is from his congregation that has a history of solicitation and a hard life on the streets. During this time, JJ is questioning Carrie, Abigail’s sister. Carrie tells her that she believe “they were coming for [Abigail].” After JJ is done and walks her out, Carrie runs into Preacher Mills in the hallway. She seems happy to see him and he reminds her that if she needs to talk to him, he is there for her.

Later that night, as Tabitha arrives home and seems to be unwinding…talking on the phone, taking her coat off, grabbing a drink, she pulls the card out and pauses for a moment. She gets off the phone, takes a few sips of a beer, throws the card in the trash. She walks to her mirror saying “I am beautiful,” not knowing the killer is behind her and as she sees her reflection, she is shot in the back of the head.

The next day, Tabitha’s body is found in a tree. While officers are ready to cut the body down, they are stopped. Reid tells them to stop as they need to investigate the scene. Shortly after, a highly upset Carrie takes the preacher up on his request and visits him for comfort. A prostitute, Belinda, interrupts their counseling session with disturbing news. He leaves Carrie to go with Belinda. Carrie goes to the police to inquire whether or not Hotch has seen Preacher Mills explaining what happened and how her counseling session with him was interrupted by Belinda. She came to the station believing this was where he was headed after he never came back to the church where they were meeting. She said that Belinda said the same words Abigail said, “They were coming to get her.”

Later, the preacher arrives at Joe’s Bar asking about Dinah and where she is. He roughs up Dinah as she is counting money demanding she answer his questions about the girls’ property being safe. Meanwhile, Hotch and Rossi are back at the station talking to Garcia as she searches her database for information on the preacher. She is able to determine that he has a past of cutting people as Gordon Borrell, his real name.

Preacher Mills kicks in the door at a drug house where he finds Travis getting high in a room and immediately begins beating him up and threatens him because he wants information. He leaves him with the words, “work a miracle.”

Large quantities of drugs are found at the preacher’s house upon a search, though he is nowhere to be found. The preacher gets a call that the job is done, then later we see the killer shoot Travis and hurl him over his shoulder and carry him to his creepy truck. Later, the preacher is spotted parked in his car. His phone is going off as he assess the scene at the restaurant and is looking over the dead bodies. He finally answers the phone and is told the feds are on their way by killer. He continues to go off on the preacher and threaten him…ending the call with a ‘good luck.’ He looks outside and sees all the police and pulls out his gun. Major gunfire breaks out. Reid gets shot and Morgan rushes to help him. Morgan makes it into the restaurant where the preacher is. The preacher shoots Morgan and he falls to the ground. In this suspense-filled Part 1, we are left wondering about the fate of Morgan.