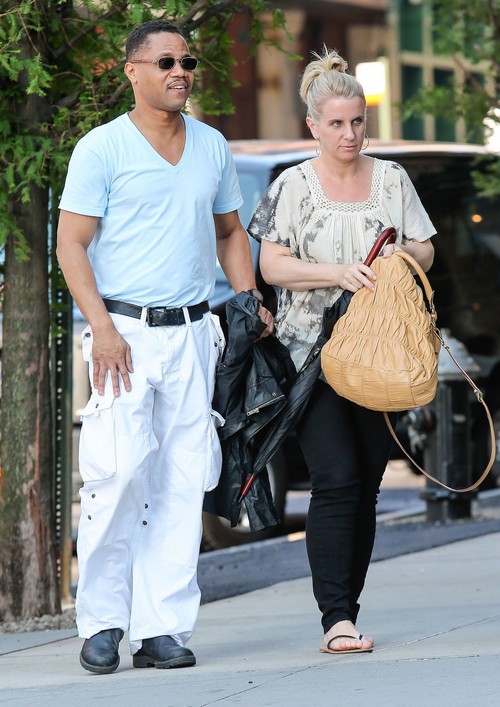 It was just last year that Cuba Gooding Jr. gushed about his wife in an on-camera interview but apparently there was some turmoil behind the scenes because Sara Kapfer has filed for a legal separation. The couple were high school sweethearts and have been married since 1994. Cuba has talked about how great it is to have been with someone for so long but I guess she hasn’t exactly been feeling the same way. They have three kids and while the news seems to come as a shock in actuality the writing may have been on the wall.

In recent years Cuba was hit with sexual harassment charges and his rumored womanizing certainly put a strain on his home life. The couple actually just sold their Pacific Palisades home for under $10 million less than two weeks ago so my guess is that this split will be turning into divorce talk sooner rather than later. Smart Hollywood couples sell off major property so that they are left to divide up cold hard cash rather than homes. This looks like a case of them at least lining up things to make the divorce a bit cleaner financially.

What are your thoughts on Cuba, since there seem to be two very distinct sides to him? Do you buy the nice family man act or do you think that he was ultimately happier as a hard partying womanizer? Tell us your thoughts in the comments below!