Dancing With The Stars Season 18 Week 4 Spoilers: The Exciting New Twist Is Revealed! 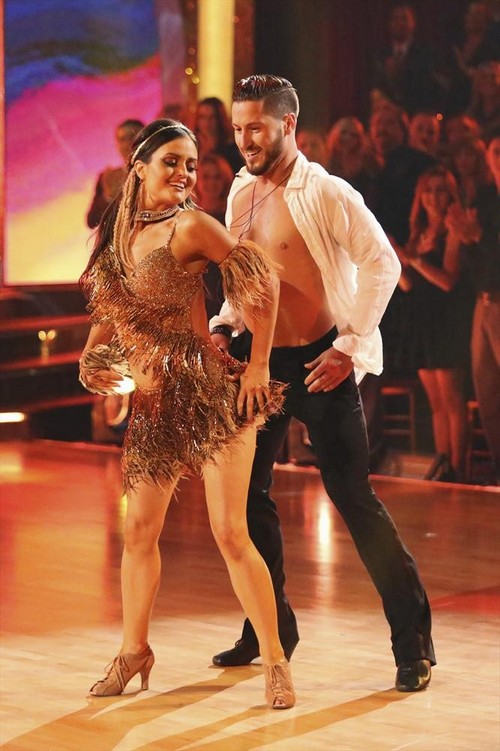 Dancing with the Stars will be back for an all new episode this coming Monday and you better get prepared for a major switch up — one that’s never been seen before on the series! If you missed the results of last week’s show, be sure to CLICK HERE for a full recap. If you’re opposed to spoilers, then you better look away now, because we’re about to give you the down low for DWTS season 18 week 4.

For the first time ever, the celebrities will switch professional dance partners. America was given the power to switch up everything and, over the course of Monday evening, the new pairings will be revealed. Can you imagine? Just when the couples have gotten used to one another — their styles, etc. — and have established chemistry everything gets changed up! How dare they.

Here’s the full and official synopsis of Monday’s show: The votes are in and for the first time ever celebrities will switch professional dance partners on “Dancing with the Stars,” MONDAY, APRIL 7 (8:00-10:01 p.m., ET) on the ABC Television Network. This past week, America was given the power to vote and change celebrity and professional dance pairings and now each star must face this new challenge.

The new couples will be revealed live for the first time throughout the evening. The show will begin with an opening number featuring the entire cast followed by each celebrity tackling a new style of dance with their new partner.Additionally, two-time professional “Dancing with the Stars” champion, Julianne Hough, will return to guest judge for the second time alongside Len Goodman, Bruno Tonioli and Carrie Ann Inaba.

Are you excited for the episode, which will feature DWTS-alum Julianne Hough? She better not do her brother any favors and up his score during the guest judging!