Who Got Voted Off Dancing With The Stars Tonight 3/31/14? 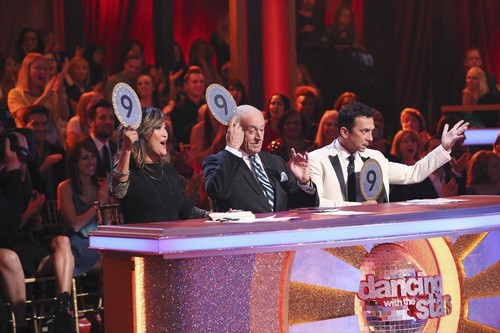 Tonight on ABC it’s the Dancing With The Stars second elimination of Season 18 and we will say goodbye to one more contestant tonight. On tonight’s show the remaining 10 celebrities commemorate “The Most Memorable Year Of Their Life.” Each couple will dance to a song of the celebrities choosing that encompasses a memorable time or experience in their life.  Did you watch the show? We did and we recapped it here for you.  Did you miss any of the performances? We have all the videos here for your enjoyment.

We also found out that Billy Dee Williams will not be performing tonight.  They just announced that Billy Dee’s doctor will not let him dance anymore.  He has a back condition – we will be saying goodbye to Billy tonight.  He won’t be dancing the Waltz that he had planned tonight which was dedicated to his grandchildren.  Instead they had his grandchildren come on the dance floor to kiss him.. ahhh…

Because Mr. Williams had to withdraw from the competition on doctor’s orders there will be not other contestant sent home tonight.