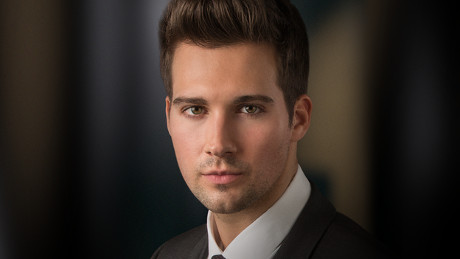 Before the new season of Dancing with the Stars premieres, we wanted to take a moment to introduce you to James Maslow, who’ll be partnering up with Peta Murgatroyd. DWTS is gearing up for another season of hot ballroom dancing and super-sizzle-sexy flare and will feature some great celebrity dancers. If you missed the announcement, please click here for the full roster of DWTS season 18 cast members. Continue reading for a bit more information on James!

“James Maslow is best known as the star of the hit television series “Big Time Rush” and as a member of the worldwide bestselling music group of the same name. Maslow has headlined sold out tours across the globe, most recently the Big Time Rush Live 2014 World Tour, performing at some of the largest venues across North & South America. Maslow began his acting career on the popular series “iCarly” and completed the fourth season of “Big Time Rush” last year.

“As one of the most popular music groups internationally, Big Time Rush has won countless Kids’ Choice Awards, and a 2012 Parade Magazine poll named Big Time Rush the “Best Boy Band in the World,” topping other well-known bands such as One Direction and The Wanted. Maslow has collaborated with many popular recording artists, such as Jordin Sparks, Ryan Tedder of OneRepublic and with Snoop Dogg on Big Time Rush’s international, chart-topping hit single “Boyfriend.”