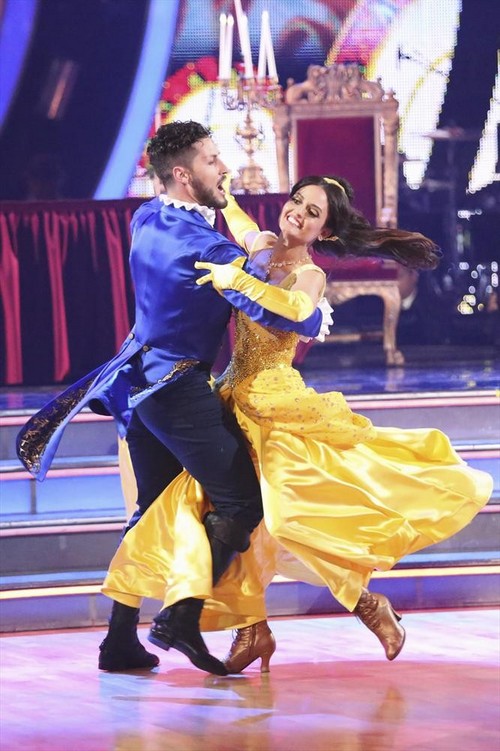 Wonder Years actress and author Danica McKellar danced a Cha Cha Cha, on tonight’s season 18 episode 6 of Dancing with the Stars with Val Chmerkovskiy for the party-anthem themed music evening.  We posted a nifty bio of Danica so you can get more familiar with her.  Redfoo from LMFAO serves as a guest judge; and Derek Hough choreographs a Macy’s Stars of Dance number.  If you missed tonight’s show you can read a full and detailed recap, right here.

On last episode Danica performed a Quickstep  and Bruno loved it saying, “Baby, you tamed the beast.  That really was a delicious feast for the eyes.  Your improvement is incredible.”   They scored Danica 39/40.

Danica McKellar and professional dancer Val Chmerkovskiy: dancing a Cha Cha Cha.  Danica has been getting ready for her dance tonight.  She tweeted, “So excited to show you all the Cha Cha Val and I are working on…!”

Judges Comments: Redfoo: “Ya baby, Danica you just put love in the club.  It looked like you were in love with Val.  That is what I am talking about.”   Len: “I tell you that is the best dance of the night so far.”  Bruno: “You have the vivacity of a purring kitten.  That Cha Cha Cha was so difficult you did it naturally.”  Carrie Ann: “DWTS is about your self journey today you are the full blossom.  It is beautiful Danica.”