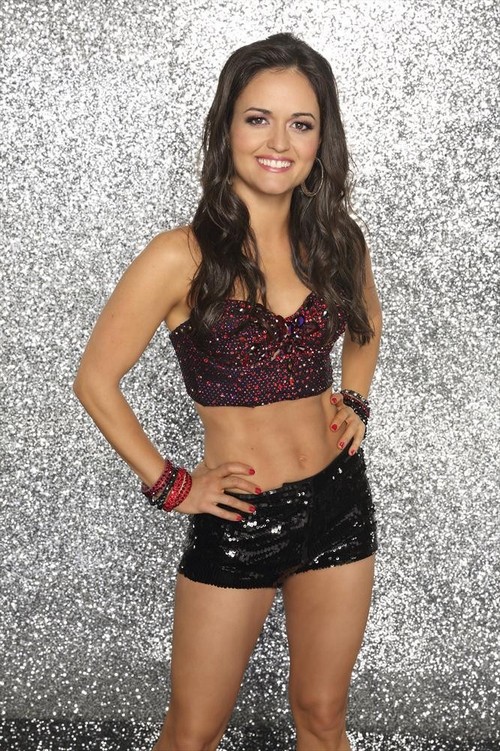 Wonder Year actress and author Danica McKellar danced a Foxtrot, on tonight’s season 18 premeire of Dancing with the Stars. For the first time ever the show will premiere with a massive opening number featuring all pro dancers as they perform live with musical guest Jason Derulo.   We posted a nifty bio of Danica so you can get more familiar with her.  If you missed tonight’s show you can read a full and detailed recap, right here.

Danica McKellar and professional dancer Valentin Chmerkovskiy: dancing a Foxtrot.  Danica has been getting ready for his dance tonight.  She tweeted, “Omg it’s starting to sink in…the premiere of #DWTS18 is nearly here! Wish me luck, and thank you for all your support!!”

Judges comments: Carrie-Ann: “You are so adorable.  Your enthusiasm for the dance is so cute.  You and Val have so much energy.  Your energy is way up here sometimes a little too expressive with the mouth.”  Len:  “Your holding  a little bit tight on Val.  My first impression is terrific well done”.  Bruno: “You are a good kisser, your so enthusiastic.  Seriously you are a good actress.  You played off him, you sold it so well.  Control getting so involved because you lose it there.”