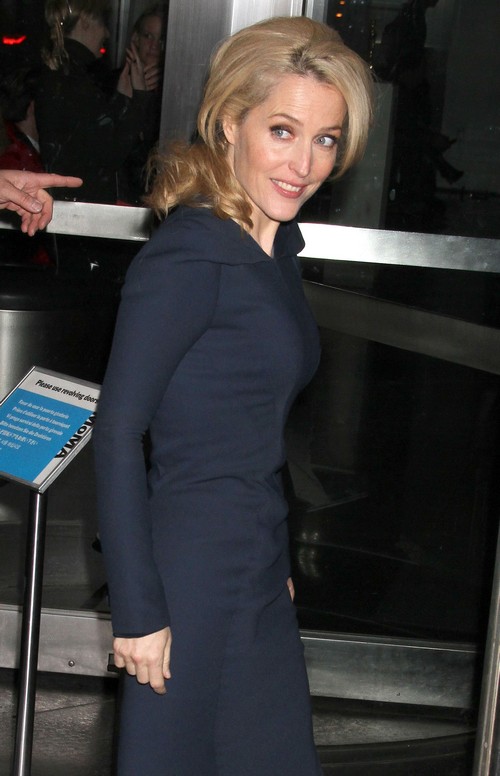 Rumors have circulated for several year that David Duchovny and Gillian Anderson have had a long-standing affair. The alleged celebrity couple both have denied rumors of an affair forever, but as of late they have been letting their guard down a bit. Last month Gillian shocked fans when she confessed in an interview with the Huffington Post that she and Duchovny have a “mutual attraction for each other.” We’ve known they were attracted to each other for years, but apparently Gillian is finally coming to terms with it.

And, Gillian’s confession in her interview is just the beginning of a possibly public relationship. Last month David Duchovny officially joined Twitter. Although he has only published fourteen tweets, two of them were dedicated to Gillian Anderson! A few months ago Gillian and David were so cautious about keeping their maybe relationship under wraps that they wouldn’t even step out together in public, and now they are flirting on Twitter for the world to see!

Yesterday David tweeted this to Gillian, “Hi @GillianA why did you keep twitter a secret from me all these years ? I’m here and I heart scully ;) What’s up?” And then just half an hour ago David commented on an image that Gillian posted of a pictured she “doodled.” This is what David had to say about Gillian’s artwork today, “Mulder is from Mars and Scully is from…Venus? Well doodled, G woman, well doodled indeed @GillianA.” Clearly the couple are referring to sex which they have obviously enjoyed together.

So, what do you make of David Duchovny’s tweets to Gillian Anderson? Do you think the couple is gradually going public with their relationship, which is pretty much the worst-kept secret in Hollywood? What are these two waiting for? Do they think they are in the Victorian era? Let’s see some open dating and serious public commitment. They could get use a lesson from Khloe Kardashian!